The ten-page document confirms the substance of allegations exclusively unearthed by this news site back in July of 2016 involving Sanford and his grammar school-aged niece.  In fact, the narrative of allegations laid out in the SLED report is precisely as we reported it to have been roughly a year-and-a-half ago.

However the report’s conclusions – based largely upon information provided by Sanford and his brother, John Sanford – have resulted in criminal charges not being filed against the 57-year-old politician.

Was that the right call?  Good question …

Dated December 15 of this year, the SLED report was released to this news site earlier today in response to a Freedom of Information Act (FOIA) request.  The document has been heavily redacted to protect the identity of the minor child allegedly victimized by Sanford during this incident, which took place on June 18, 2016 at Sanford’s Coosaw Plantation in Dale, S.C.

According to our sources, Sanford roughed up his young neice and dangled her by her ankles off of the roof of a boat dock – threatening to drop her into the shallow water below.  What prompted this alleged outburst?  The politician was angry after she allegedly doused him with a water gun.

The next day the girl was “limping noticeably” as a result of her injuries and was taken to see a pediatrician.  The pediatrician who attended to the girl is said to have told her mother that if she did not report the matter to authorities, he would.

On June 21 – three days after the alleged incident took place – deputies with the Beaufort County, S.C. sheriff’s department interviewed Sanford’s sister-in-law Julia Umbreit and the young girl (her daughter) and “took pictures of (the girl’s) injuries.”

(To view the redacted documents related to this case for yourself, CLICK HERE).

After conducting these initial inquiries, the Beaufort County sheriff’s office referred the matter to SLED “for further investigation.”

According to the report, in a September 2016 interview with SLED agents Sanford acknowledged being squirted with a water gun and telling his niece “I’m going to come get you.”

Sanford further admitted to investigators having engaged in what he described as “horseplay” with the young girl – and admitted to holding her in the air while on the roof of his boat dock.

However, Sanford denied holding the girl by her ankles over the water – and stated that her injuries (a cut on her foot and bruising around her ankles) were not caused by him.

Sources close to the incident maintain Sanford indeed held the girl by her ankles.

Investigators seemed to accept Sanford’s version of events, concluding that his niece’s account of the incident wasn’t “consistent.”  Specifically, they claim her testimony about Sanford shifting his grip on her body while holding her in the air over the boat dock roof didn’t add up.

Investigators also said the young girl was told by her mother that the bruises on her ankles were caused by Sanford – while her father claimed the injuries were caused by her equestrian boots.

Furthermore, investigators noted that Sanford’s brother – John Sanford – provided them with evidence suggesting that Umbreit was attempting to leverage the incident to modify a custody agreement between the two of them in family court.

“She insinuated that if he would agree to her demands, she would not pursue a criminal case (against Sanford),” the report noted.

Sources close to the Sanfords have also alleged that Umbreit has an ax to grind against the notoriously frugal lawmaker in the aftermath of a 2011 drowning death that took place at a birthday party at the Coosaw family plantation (below). 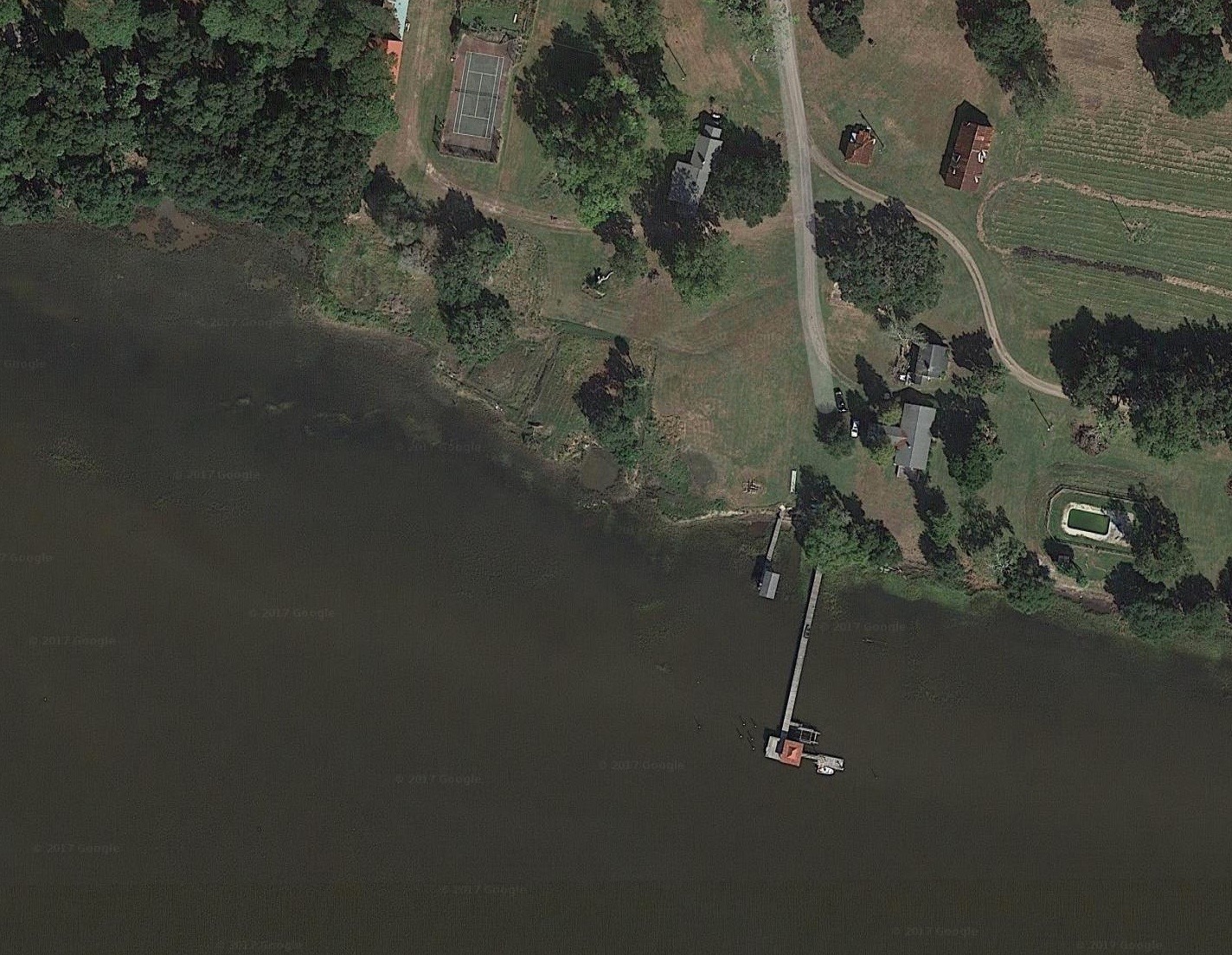 Specifically, we’re told there is a major dispute within the Sanford family over the various trust funds accessed to settle a lawsuit brought by the family of six-year-old Camilo Andres Restrepo-Lopez – the victim in the 2011 drowning.

Whatever the background … and whatever happened on that late spring day last year … Sanford is escaping the situation unmolested.

The SLED report was forwarded to the office of S.C. fourteenth circuit solicitor Duffie Stone, who declined to bring charges against the third-term congressman.  Stone actually issued his decision in August, but the letter was not released by SLED until this week.

According to the prosecutor, it was “impossible to tell” whether Sanford caused his niece’s cut and “improbable” that he caused her bruises.

Stone added that he was influenced by Umbreit’s alleged attempts to leverage the incident to her benefit in a family court case.

“The criminal court system should not be used to further a family court matter,” he wrote in a letter announcing his decision not to charge Sanford. “The attempt to do so creates credibility issues for all involved.”

We agree … but Sanford appears to be benefiting from Umbreit’s poor judgment more than he should.

Ultimately, though, cases aren’t about what happened (or didn’t happen) … they’re about what prosecutors believe they can prove.

While Sanford may have extricated himself from this particular situation, he still has a litany of issues to deal with as he seeks a fourth term in the U.S. Congress next spring.  For starters, he’s got a lingering campaign finance scandal to address stemming from his underwhelming victory over former state representative Jenny Horne in last year’s GOP primary.

More ominously, Sanford has also been ensnared by #NukeGate, the ongoing scandal over a failed nuclear power plant expansion in Jenkinsville, S.C.  In 2007, Sanford allowed a constitutionally dubious bill providing for rate increases on consumers to become law without his signature.

This law – the now-notorious “Base Load Review Act” – has cost ratepayers more than $2 billion in connection with this scuttled project (and is still costing them nearly $40 million a month even though the new reactors are unlikely to be built).

Sanford is running against freshman state representative Katie Arrington, who thus far has kept her criticism of the career politician focused on his record (or lack thereof).

“We’re focused on the issues and ensuring the people of South Carolina’s first congressional district have a member of Congress ready, willing and able to produce results, not perpetuate Washington’s gridlock,”  Arrington’s spokesman Michael Mule told us.