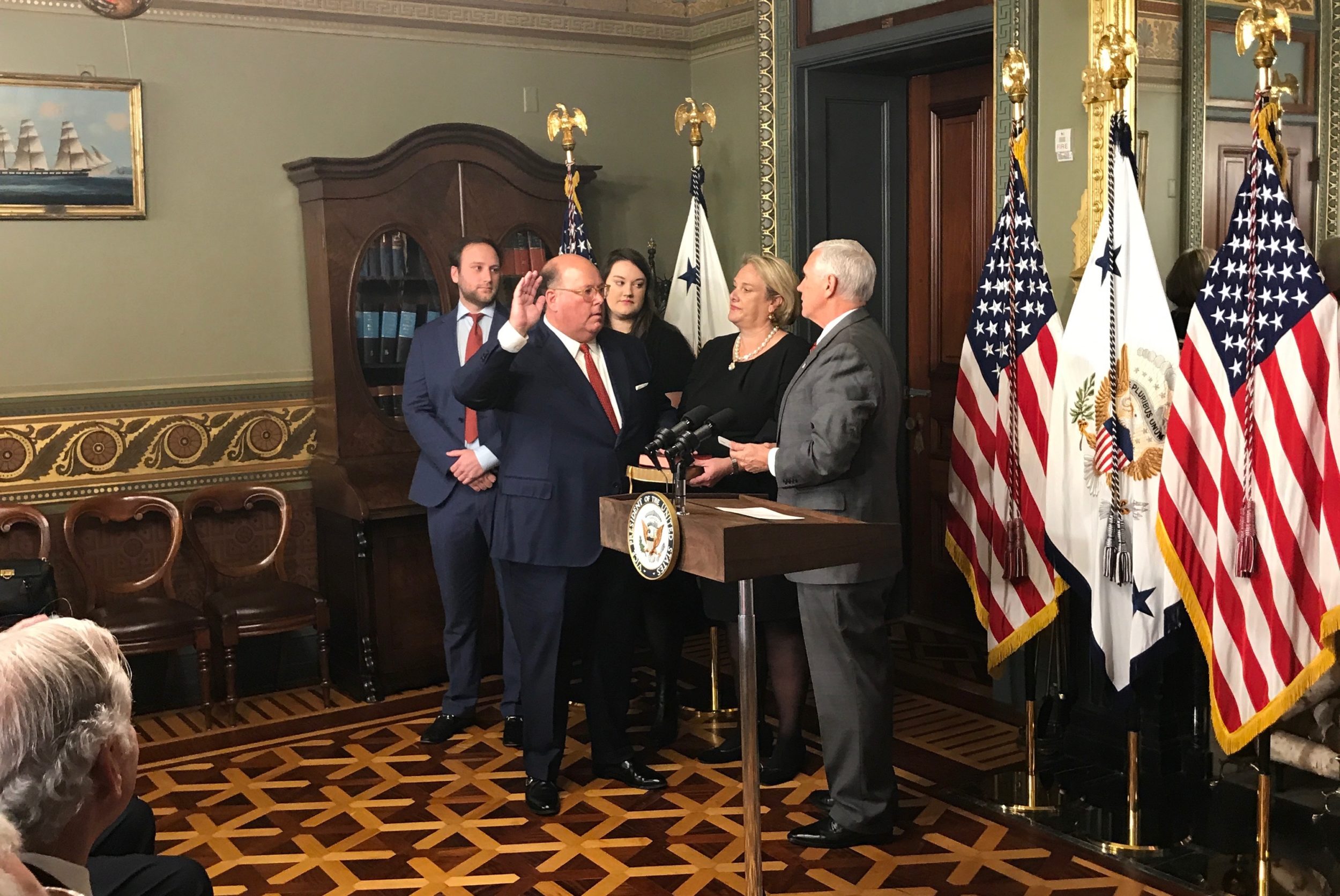 South Carolina political operative extraordinaire Ed McMullen is now an ambassador “extraordinary and plenipotentiary.”  McMullen was sworn in as ambassador to Switzerland (and Liechtenstein) by U.S. vice president Mike Pence at a ceremony in Washington, D.C. this week.

McMullen was an integral player in U.S. president Donald Trump’s “First in the South” victory last winter.  In addition to his work in South Carolina, he was also a close advisor to Trump during his 2016 general election campaign as well a key member of his transition team.

McMullen took a major risk in heading up Trump’s South Carolina operation, as the state’s entire political establishment viewed the billionaire reality television star with a mixture of derision and dismissal.

They didn’t think his campaign would be credible, but McMullen and his team helped engineer a landslide victory.

His risk has paid off … handsomely.

Prior to his work on Trump’s campaign, McMullen ran a hugely successful public affairs company catering to some of the Palmetto State’s most influential interests.  Supremely well-connected, a long-running joke within the state capital of Columbia, S.C. is that no meetings are held within the city’s corridors of power without McMullen included as a participant.

“He’s ubiquitous,” one insider told us. “And not only that he’s usually the smartest guy in all of those rooms.”

Prior to launching his consulting firm, McMullen was president of the S.C. Policy Council – a limited government think tank based in Columbia.

This news site – which broke the news of McMullen’s appointment – has always had a lot of respect for the veteran strategist, even on issues where we’ve disagreed.

We wish him nothing but the best in his new role …

Related Topics:Donald TrumpEd McMullen
Up Next

The Future Of Five Points