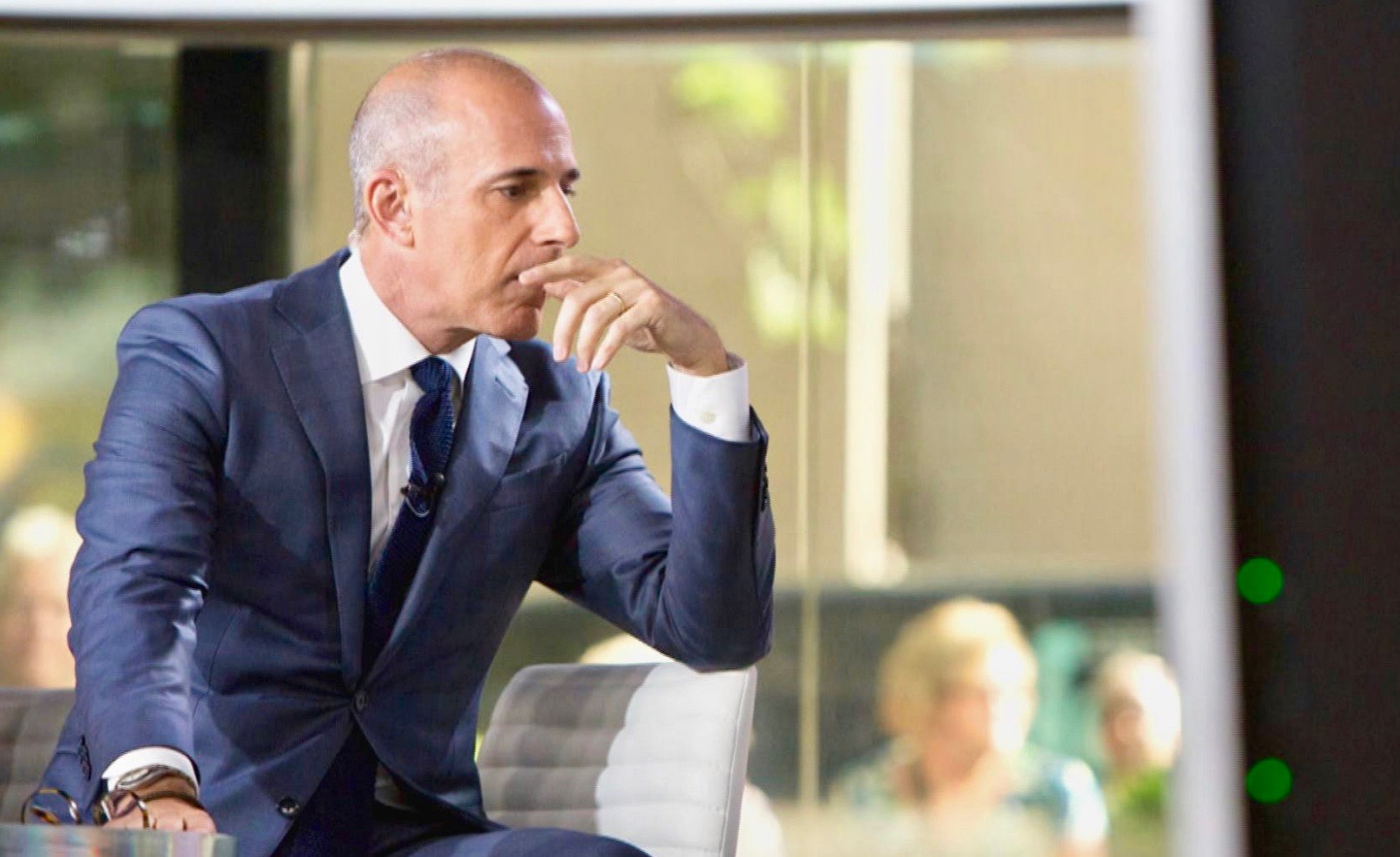 Matt Lauer – fired from his position as host of NBC’s Today in the aftermath of sexual misconduct allegations – broke his silence on Thursday morning.

“There are no words to express my sorrow and regret for the pain I have caused others by words and actions,” Lauer said in a statement read by his longtime co-host, Savannah Guthrie. “To the people I have hurt, I am truly sorry. As I am writing this I realize the depth of the damage and disappointment I have left behind at home and at NBC.”

Lauer added that some of the allegations against him were “untrue or mischaracterized,” but that “there is enough truth in these stories to make me feel embarrassed and ashamed” and “I regret that my shame is now shared by the people I cherish dearly.”

Lauer, 59, has co-hosted Today for the past two decades.

He was fired by NBC chairman Andrew Lack after one of his subordinates accused him of inappropriate sexual behavior dating back to the 2014 Winter Olympics in Sochi.

“We were also presented with reason to believe that this may not have been an isolated incident,” Lack said in a statement.

He appears to be correct …

Multiple other accusers have stepped forward in the aftermath of Lauer’s termination and alleged similar misconduct.  One woman claimed that Lauer sexually assaulted her in his office in 2001.

Their accounts have been detailed in stories published by Variety and The New York Times.

“Repairing the damage will take a lot of time and soul searching and I’m committed to beginning that effort,” Lauer added.  “It is now my full time job.  The last two days have forced me to take a very hard look at my own troubling flaws.  It’s been humbling.  I am blessed to be surrounded by the people I love. I thank them for their patience and grace.”

Lauer is married with three children.  Just last year he signed a three-year deal with NBC paying him more than $20 million annually.

Lauer isn’t the first prominent media figure to fall in the wake of sexual misconduct allegations.  Fox News’ primetime host Bill O’Reilly lost his job in the spring as a result of similar accusations involving at least five women, and earlier this month talk show host Charlie Rose was fired by three different media outlets after he was accused of sexual misconduct with at least nine different women.

For an interesting twist, here’s a interview filmed just two months ago in which Lauer grills O’Reilly over the allegations that cost him his job …

“Think about those five women and what they did,” Lauer said to Reilly in the interview. “They came forward and filed complaints against the biggest star at the network they worked at. Think of how intimidating that must have been, how nerve-wracking that must have been. Doesn’t that tell you how strongly they felt about the way they were treated by you?”