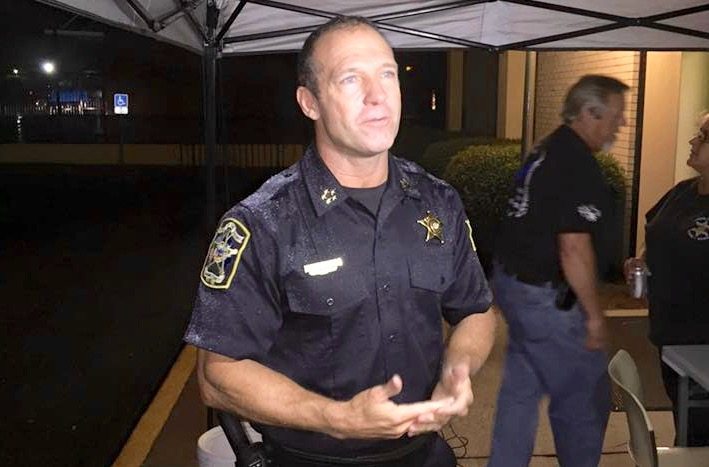 He’s the notorious “sexting sheriff” of Laurens County, South Carolina – who prior to his slippery thumbs gained infamy by impregnating a co-worker and driving her to Charlotte, N.C. for an abortion (in his patrol car, no less).

Classy guy, right?  Anyway, Chastain was defeated in last spring’s “Republican” primary election by Don Reynolds – but his tenure as sheriff continues to make headlines (and not in good ways).

News of the impeding audit was first reported by this website back in December, but Smith got the scoop on what it uncovered.

According to her report, SLED investigators uncovered “thousands of pieces of evidence from various cases thrown together, not properly labeled, and not properly stored.”

“A safe in the narcotics room was being used for drugs, money, guns, and evidence to be held in, with no record of what was going in and out,” Smith’s report noted.  “Overall, SLED reported 885 pieces of evidence were found that were not even logged in the system Laurens County had set up. They also discovered 6 guns were not located, 391 pieces of evidence not located, and $386.18 was missing from one case.”

Our guess?  Laurens isn’t the only rural South Carolina county with this sort of problem.  Far too often, law enforcement in the Palmetto State is the modern day equivalent of the Wild Wild West – which is probably one reason why South Carolina continues to rank at the bottom when it comes to public safety.

The big question here?  Whether this systemic mishandling of evidence results in any convicted criminals being set free …