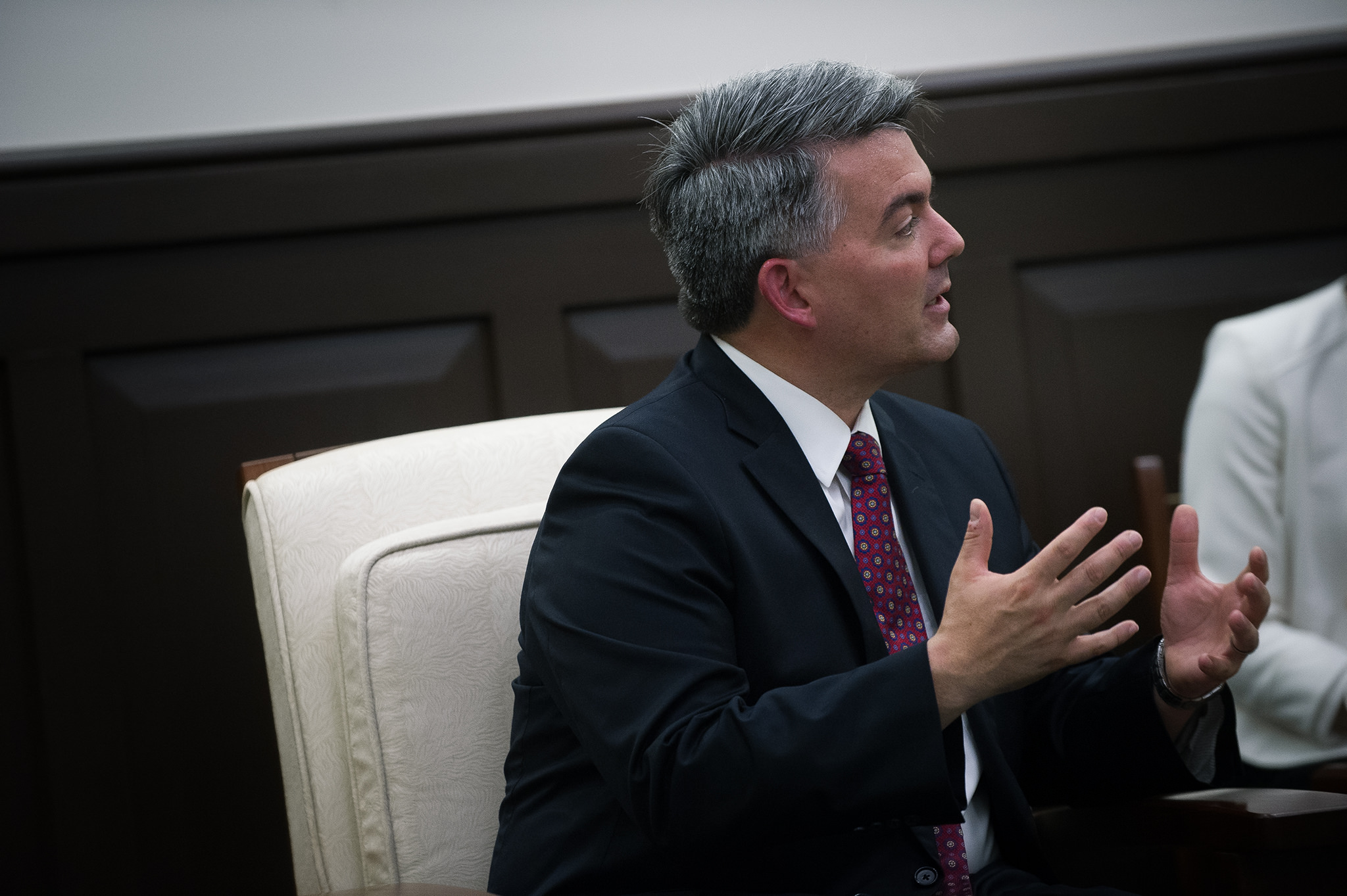 U.S. Sen. Cory Gardner of Colorado will be the keynote speaker at the South Carolina “Republican” party’s 50th annual Silver Elephant Gala next month, the SCGOP announced this week.

Party chairman Drew McKissick said he was proud to welcome Gardner to the Palmetto State “to celebrate our party and its grassroots leaders and activists.”

“Senator Gardner has stood strong for fulfilling Republican promises to voters on issues ranging from repealing Obamacare and protecting our Second Amendment rights, to opposing big government and confirming conservative judges to our nation’s courts,” McKissick said in a statement.

Gardner is unlikely to impress SCGOP “grassroots leaders and activists” on the issue of immigration, though.  In fact, the party’s announcement of Gardner as its keynote speaker for the Silver Elephant event came on the same day the 43-year-old revealed his support for the so-called DREAM Act – legislation pushed by former U.S. president Barack Obama that would grant a “pathway to citizenship” for millions of illegal immigrants.

We suspect he’ll get an earful on that topic …

Elected to the U.S. Senate in 2014 after serving two terms in the U.S. House, Gardner is the current chairman of the National Republican Senatorial Committee (NRSC) – a group that has been struggling to raise money in recent months due to the GOP’s failure to pass virtually any of its 2016 agenda items.

We suspect Gardner might hear something from grassroots leaders and activists on that, as well …