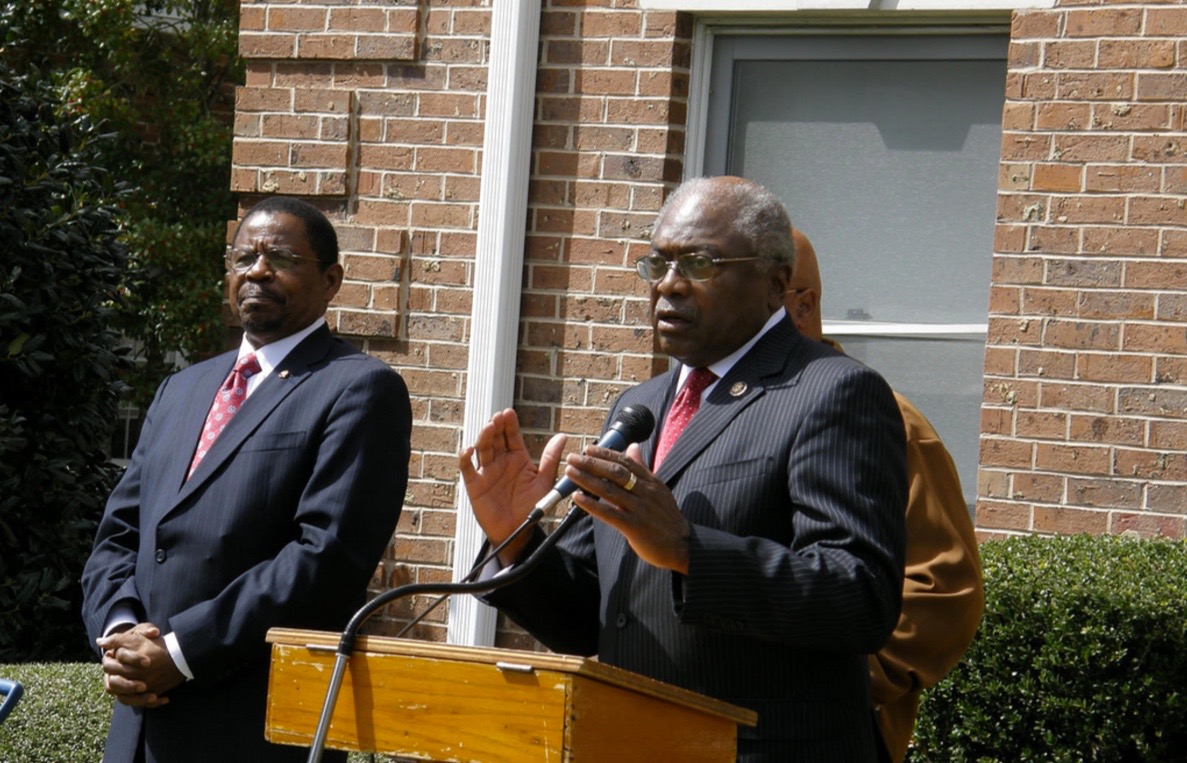 Congressman Jim Clyburn – the third-ranking Democrat in the U.S. House of Representatives – will host a town hall event this week in his hometown of Sumter, S.C.

“This town hall meeting will focus on accessible, affordable quality health care; reforming our tax code; infrastructure development; energy costs; and what we must do in our communities to address these and other challenges facing our country today,” a statement released by the S.C. Democratic Party (SCDP) noted.

Here’s a flyer for the event … 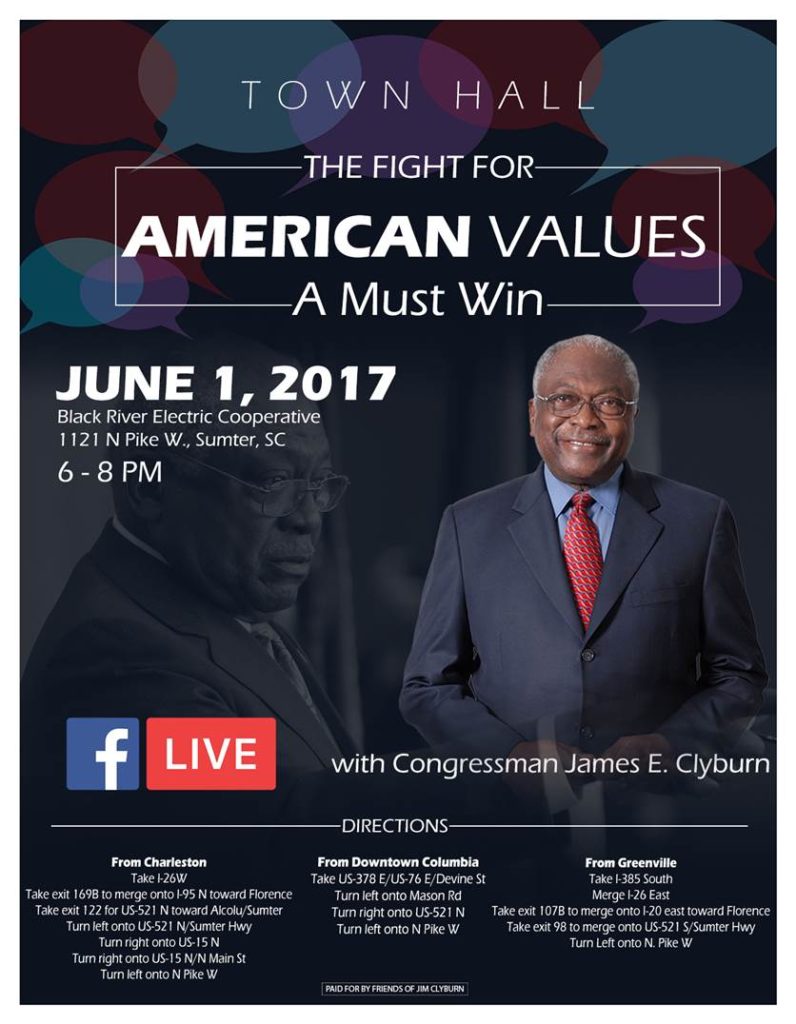 (Via: Friends of Jim Clyburn)

Clyburn, 76, has represented the state’s heavily gerrymandered sixth congressional district (map) since 1993 – facing only token “Republican” opposition during his quarter-century in the U.S. Congress.

As champions of limited government, we’ve found very little in the way of common ideological ground with Clyburn over the years – however we respect his right to participate in the marketplace of ideas (even if he hasn’t always respected ours).

Banner via Friends of Jim Clyburn