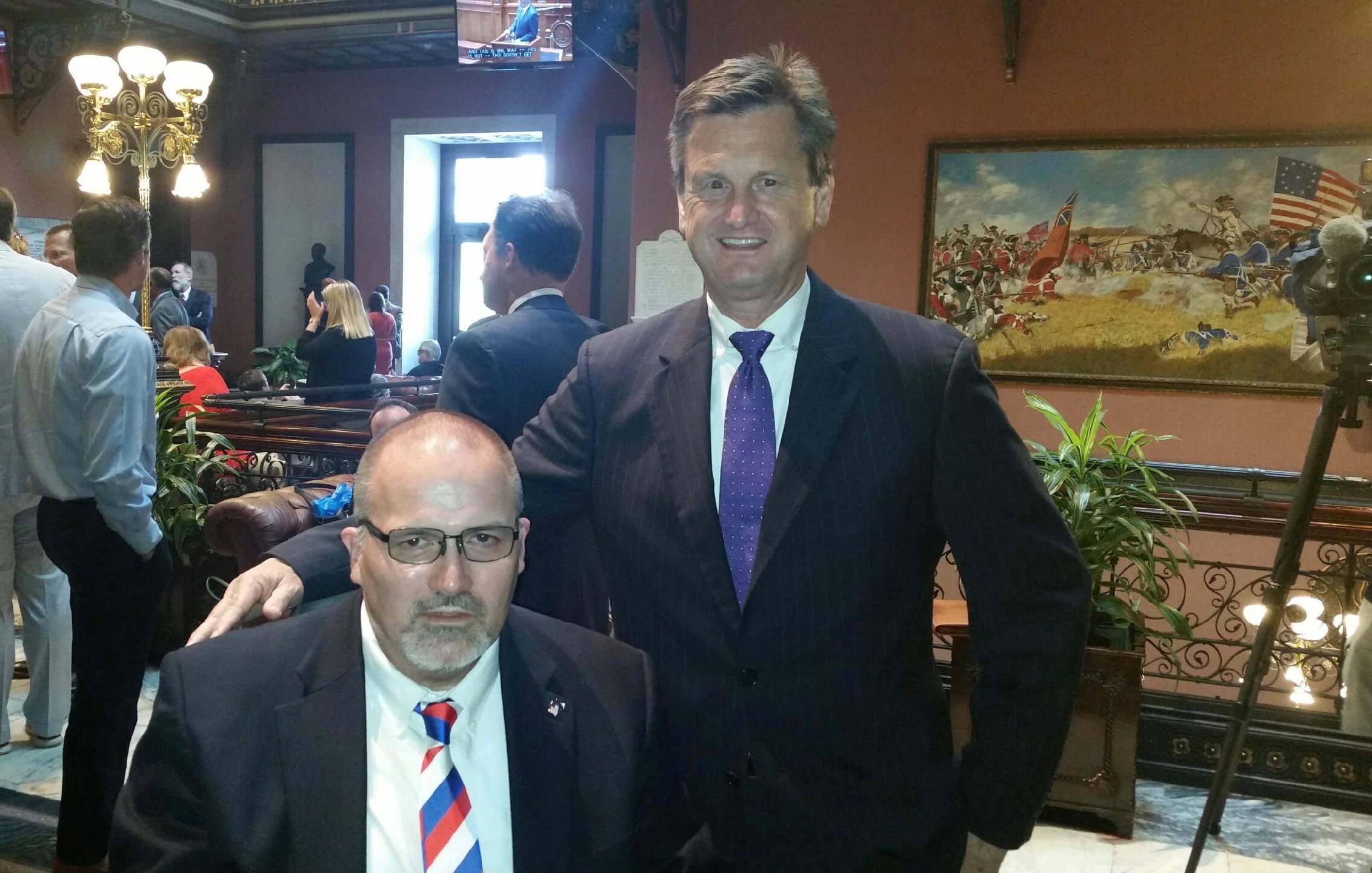 It wasn’t a resounding victory … nor will it erase a stinging defeat sustained earlier this year.

Still, supporters of medical cannabis reform movement in South Carolina scored their first win over government-funded lobbyists this week – securing passage of an amendment that will allow the S.C. Department of Health and Environmental Control (SCDHEC) to study medical marijuana as a way of helping victims of post-traumatic stress disorder (PTSD).

Under the amendment, sponsored by S.C. Senator Tom Davis, SCDHEC will report to the legislature within seven months regarding its views on the federal Veterans Equal Access Amendment – which gives doctors at VA hospitals latitude in counseling veterans as to whether cannabis-based medicines, as opposed to opioids, are more effective in addressing PTSD.

“My heartfelt thanks to the House members who bravely and eloquently discredited the misinformation spread by opponents of this amendment,” Davis wrote on his Facebook page.

Davis said lawmakers listened to the voices of those currently suffering from PTSD – not law enforcement leaders who have remained inflexibly (and illogically) opposed to any legislation perceived as opening the door to the legalization of medical marijuana.

In fact he questioned why law enforcement lobbyists would oppose an amendment that merely authorized additional research on the subject.

“Why anyone would object to state lawmakers being better informed on this important matter is beyond me,” he wrote.

This website has consistently supported legalizing medical marijuana.  In fact, we support the complete legalization of all drugs, arguing this is a liberty issue and a free market issue.  Not only that, it’s abundantly clear at this point government’s “War on Drugs” is an abject failure.

One that’s causing all sorts of unintended consequences …