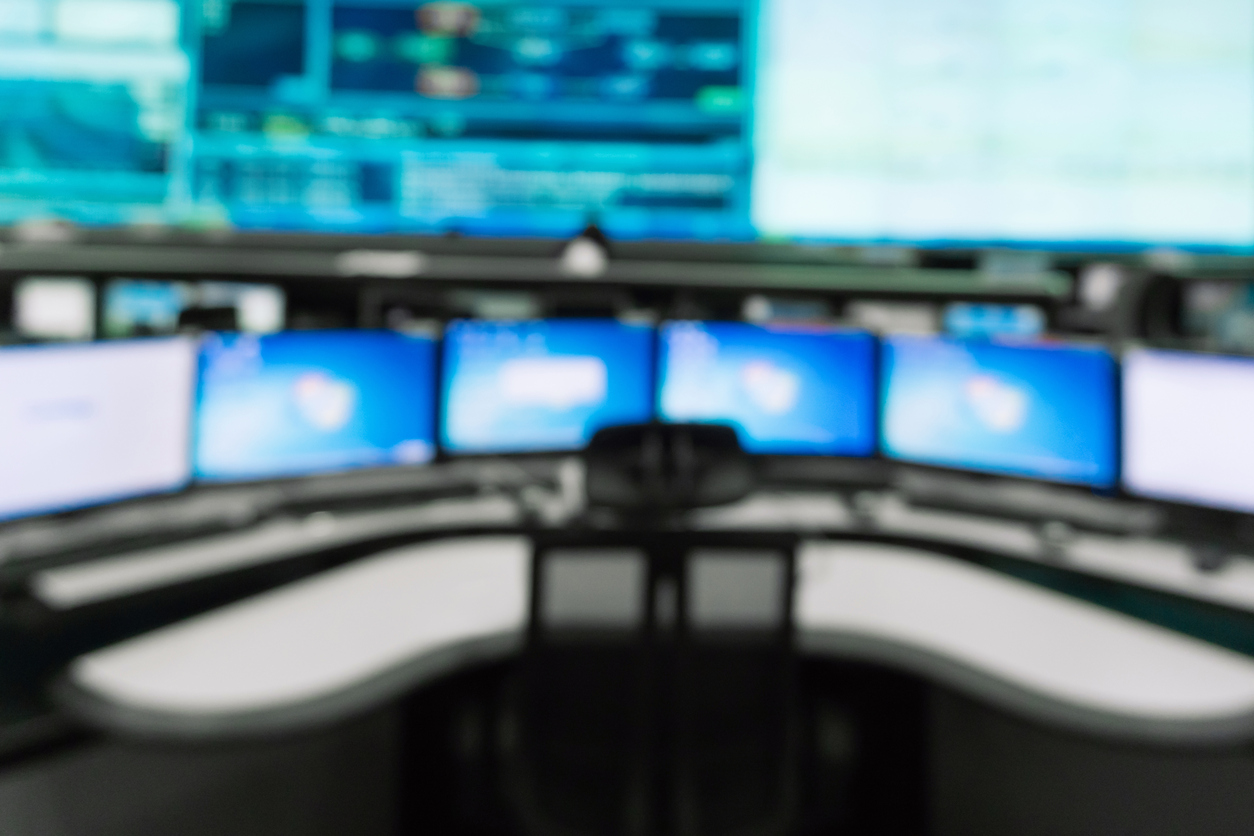 “The full scope of non-compliant querying practices had not been previously disclosed,” the court ruled.

Under FISA, the court is supposed to determine whether the minimization procedures – those that are supposed to seal the identities of U.S. persons swept up in foreign surveillance – comply with Fourth Amendment protections against unreasonable searches and seizures.

An example of those rules falls under USSID 18, which govern the collection, retention and then dissemination of foreign intelligence gathered to and from U.S. persons.

Those rules are promulgated by the Attorney General under 50 USC 1801(h)(2), which provides that they include “procedures that require that nonpublicly available information, which is not foreign intelligence information, as defined in subsection (e)(1), shall not be disseminated in a manner that identifies any United States person, without such person’s consent, unless such person’s identity is necessary to understand foreign intelligence information or assess its importance.”

For these U.S. persons to have been included in a report for dissemination could have only occurred if, under Section 7.2.c., the “appropriate approval authority” determined “[t]he identity of the U.S. person is necessary to understand foreign intelligence information or assess its importance” or “[t]he information is evidence that the individual may be involved in a crime that has been, is being, or is about to be committed, provided that the dissemination is for law enforcement purposes.”

What the FISA Court is saying in its April 26 ruling was that these bare minimal rules, which do not even require a warrant to unmask a U.S. person, were not being followed. Since all the agents must show is that the information is relevant to foreign intelligence matters, that is saying something. The only explanation is that in those cases, the searches had no bearing on foreign intelligence gathering.

According to reporting by Circa.com’s John Solomon and Sarah Carter, “More than 5 percent, or one out of every 20 searches seeking upstream Internet data on Americans inside the NSA’s so-called Section 702 database violated the safeguards Obama and his intelligence chiefs vowed to follow in 2011, according to one classified internal report reviewed by Circa.”

Circa could not ascertain how many such inappropriate searches had occurred, as the information was classified, but it does provide a window into how the FISA Court responds to these instances even when there are violations.

The federal government under Attorney General Jeff Sessions has since applied to the FISA Court to change those minimization rules on March 30, which the court granted. Two days later, on April 28, the National Security Agency issued a statement that it “will no longer collect certain internet communications that merely mention a foreign intelligence target.”

According to the court ruling, “Under the revised procedures, the government may acquire communications to which United States persons and persons within the United States are parties when such persons communicate with a Section 702 target.”

The court praised this move, stating, “The Court agrees that the removal of ‘abouts’ communications eliminates the types of communications presenting the Court the greatest level of constitutional and statutory concern.”

This appears to indicate American citizens who were merely mentioning the name of a foreign target were apparently being subjected to surveillance and potentially unmasked without warrants.

Information previously gathered on this basis will now be destroyed: “Revisions to the NSA Minimization Procedures now state that all Internet transactions acquired on or before [March 17] and existing in NSA’s institutionally managed repositories will be sequestered pending destruction such that ‘NSA personnel will not be able to access the[m] for analytical purposes.’ NSA will destroy such sequestered Internet transactions as soon as practicable through an accelerated age-off process.”

The new rules appear to be a sharp departure from previous practice, but do they go far enough to reform minimization abuses?

In assessing whether minimization procedures are constitution, the court applies the so-called reasonableness standard, that is, those exceptions to the Fourth Amendment’s warrant requirement to perform a search. These typically include situations such as a police officer witnessing a crime in progress or conducting a search during the course of a lawful arrest. Nearly all of these exceptions all require some nexus to criminal activity in order to justify the search. Generally, if there is no crime, then no search can be justified.

The standard used by the FISA Court, however, does not consider any of that. Foreign intelligence gathering in itself is not focused on gathering information about crimes but about threats to national security or the workings of foreign powers.

These standards were established in various cases involving traffic stops and arrests in criminal contexts. For example, in Riley v. California (2014), where the Supreme Court ruled that the contents of a cellular phone could not be searched without a warrant even when a lawful arrest has occurred. Or Wyoming v. Houghton (1999), where the nation’s highest court ruled that the contents of a vehicle could be searched without a warrant if the police had reason to believe it had been used in the commission of a crime or contained contraband.

In every case, for a warrantless search to occur, some sort of criminality was needed, and even then, certain restrictions were applied to the extent the search was constitutional.

Not so in the FISA Court, we now know, where intelligence is gathered without regards to criminality. Which is why the disclosure of classified intelligence that includes U.S. person identifiers — so-called incidental collection as happened in the case of former National Security Advisor Michael Flynn — is such a serious crime. So that mere contacts with foreign intelligence surveillance targets are not used to create the appearance of being a foreign agent or to create legal jeopardy.

All of this raises serious constitutional questions of how FISA has been applied on U.S. soil.

Americans for Limited Government President Rick Manning urged Congress to slow down reauthorization of Section 702 of FISA in a statement, saying, “The implications of the Obama administration unmasking hundreds of targeted people unconstitutionally leads any reasonable person to wonder how precisely this illegally gained information was used. In light of the obvious abuse of power in the Mike Flynn case of leaking Flynn’s name to the press after being unmasked for political reasons, it becomes reasonable to assume that was the intent of these unmaskings all along, and calls into question the continuance of the entire program.”

When it comes to U.S. persons and persons on U.S. soil, the American people should consider whether they want the federal government conducting warrantless searches where no criminal activity is implicated, a constitutionally dubious standard.

If a criminality standard had been applied, Flynn’s conversation might not have ever been intercepted in the first place.

But even if that were a bridge too far for Congress — because recording every conversation by foreign ambassadors on U.S. soil is somehow deemed essential — Congress should consider the fact that the Attorney General can apparently, according to the FISA Court, just reinstitute “abouts” collection at his discretion.

As the court states, “This Opinion and Order does not question the propriety of acquiring ‘abouts’ communications and MCTs as approved by the Court since 2011, subject to the rigorous safeguards imposed on such acquisitions. The concerns raised in the current matters stem from NSA’s failure to adhere fully to those safeguards.”

In other words, unless Congress acts, these types of warrantless searches — where a person who says “Kisylak” or “Putin” on the phone might be intercepted and recorded and that person’s identity might be unmasked without a warrant even if no crime has been committed — could just be reinstituted later.

The Justice Department under Sessions is to be applauded for discontinuing this practice for the moment, but Congress should act to make certain these types of abuses never happen again.

The Church Committee was convened in 1975 to get to the bottom of revelations by Seymour Hersh’s explosive report to the New York Times on Dec. 22, 1974 that the CIA had been engaged a mass, domestic surveillance program against anti-war protestors, members of Congress and other political figures.

We are on the edge of the abyss of tyranny Sen. Frank Church (D-Idaho) warned about in 1975.

To the extent the American people presently look the other way in terms of foreign government officials being under constant surveillance on U.S. soil, even with warrants, they will not do so if they believe their own activities are under threat to come under scrutiny without warrants merely because they took an interest in foreign affairs.

Or if these powers are being used against political opponents, as apparently happened in the last year of the Obama administration, against the Trump campaign and then transition after the election.

If Congress is not currently telling itself, “Never again” — if it believes such political surveillance against the opposition party in an election year is somehow justified on the most dubious of grounds — then we’ve got a bigger problem that most people realize.