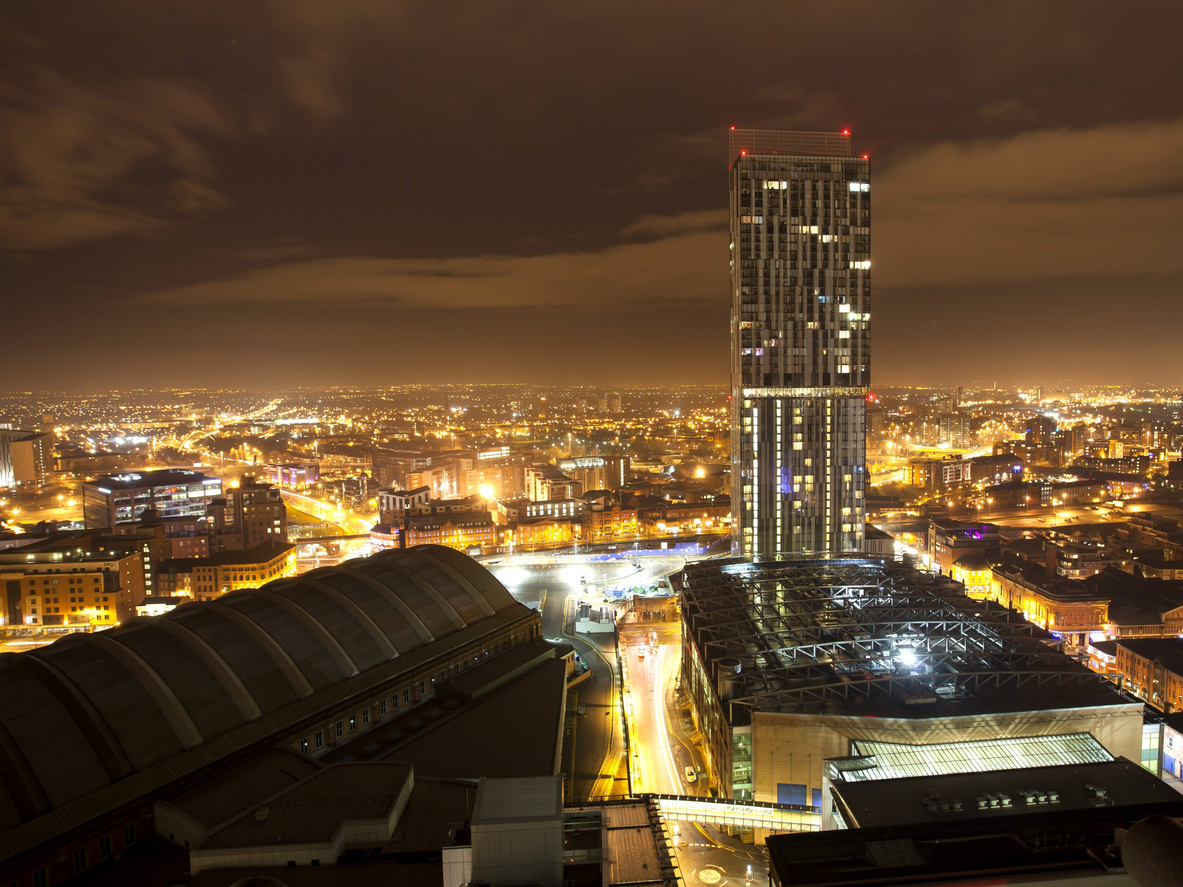 At least twenty-two people – including children – were killed and at least sixty more were wounded when a bomb went off on Monday evening outside of Manchester Arena in the United Kingdom.

The explosion – which took place at the conclusion of a concert by American pop star Ariana Grande – represents the deadliest terror attack against England in over a decade.  It also comes just days after U.S. president Donald Trump gave a speech in Riyadh, Saudi Arabia challenging Muslim nations to “drive out terrorists and extremists.”

The detonation occurred at around 10:30 p.m. local time as concert-goers were leaving the 21,000-seat arena following Grande’s performance.  According to Greater Manchester police, the nail bomb was an improvised explosive device detonated by an as-yet-unidentified male suicide bomber.

“We have been treating this as a terrorist incident and we believe that while the attack last night was conducted by one man, the priority is to establish whether he was acting alone or as part of a network,” Manchester chief constable Ian Hopkins told reporters. “The attacker, I can confirm, died at the arena. We believe the attacker was carrying an improvised explosive device, which he detonated, causing this atrocity.”

In addition to the dead and injured, hundreds of parents were separated from their children as panic gripped the arena.  Many have yet to be reunited …

We have still not found OLIVIA CAMPBELL. If you see her please contact me ASAP. pic.twitter.com/8LboKg0B2n

British leaders condemned the bombing – the deadliest terrorist act on British soil since the July 7, 2005 attacks in London.  In those attacks, four radical Islamic suicide bombers detonated explosive devices aboard three underground trains and one double-decker bus – killing a total of fifty-two people and wounding more than 700.

“This was a barbaric attack, deliberately targeting some of the most vulnerable in our society – young people and children out at a pop concert,” British home secretary Amber Rudd said.  “My thoughts and prayers go out to the families and victims who have been affected.”

Grande – who was uninjured – sent out a tweet shortly after the blast.

broken.
from the bottom of my heart, i am so so sorry. i don't have words.

According to The London Evening Standard, one of the first confirmed victims of the attack was 18-year-old Georgina Callander – a self-described “superfan” of Grande who met the pop singer two years ago.

“The teenager died with her mother at her bedside,” the paper reported.

Our thoughts and prayers go out to the family and friends of Callander and all of the victims of this attack – the latest in a series of terror attacks against European cities.