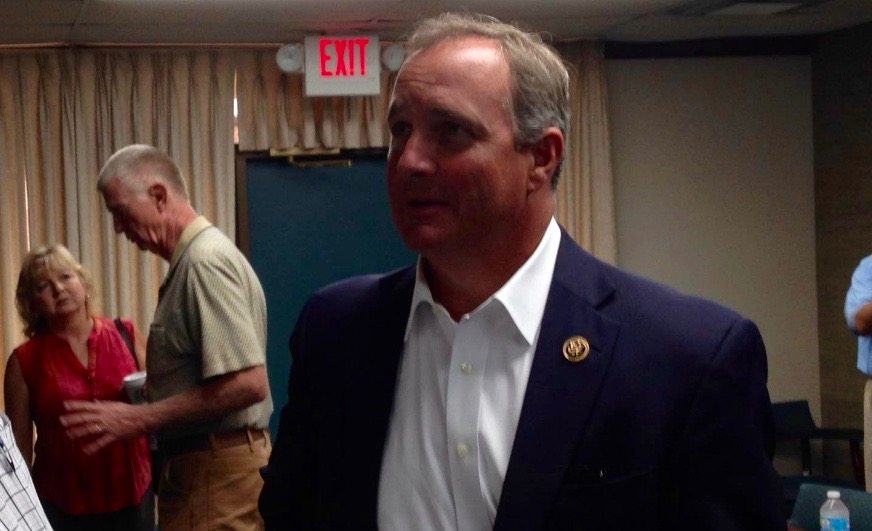 Washington, DC—In response to the news that South Carolinian David Wright was being nominated to a five-year term on the Nuclear Regulatory Commission, Congressman Jeff Duncan released the following statement:

“I am so proud of my friend David Wright for being nominated to join the Nuclear Regulatory Commission.”

“I have known David since 2002 when I began running for Statehouse, but he has been a leader in South Carolina for decades. As a Mayor, a State Representative, a leader in the energy field, and a small business owner, David has consistently shown that he is capable of meeting whatever challenges may arise. I was pleased to help him win election to the SC Public Service Commission where he rapidly rose to Chairman. David went on to serve as both the President of the National Association of Regulatory Utility Commissioners, and the President of the Southeastern Association of Regulatory Utility Commissioners.”

“David and I share a common interest in nuclear energy, and it is entirely appropriate for South Carolina to have a representative on the Nuclear Regulatory Commission. Our state is one of only three that gets the majority of our electricity from nuclear power, and two of the four nuclear power plants under construction in the country are at the VC Summer location in Fairfield County. Our state also houses the Savannah River Site, a nuclear industry leader in research for both production and environmental management.”

“I believe David is a perfect choice for the NRC, and I look forward to his swift confirmation by the Senate.”

Sheheen: Haley Must Play By The Rules