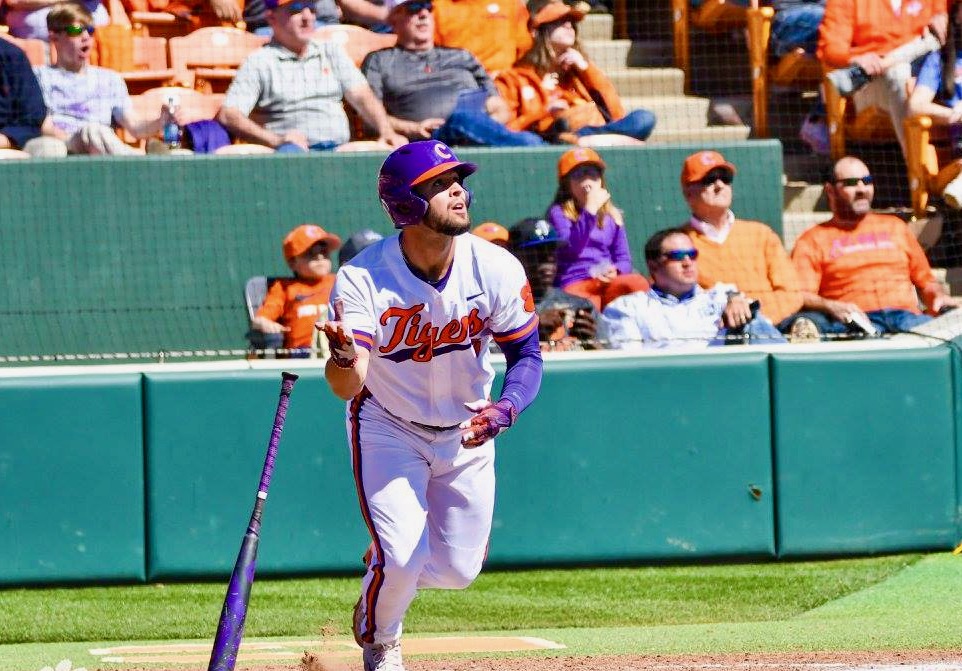 Clemson University’s baseball team is ranked No. 6 nationally, according to the latest Baseball America poll released this week.  Hot on the Tigers’ heels?  Arch-rival South Carolina, which was ranked No. 7 in the poll.

The Tigers and Gamecocks are the second-highest ranked teams in their respective conferences.

That’s great news for Palmetto State college baseball fans … well, most of them.  Left out of the rankings?  Defending national champion Coastal Carolina – which was bounced from the Top 25 after dropping two out of three games to Texas State.

The Chanticleers (12-9) look to get things back on track this weekend against Arkansas State prior to traveling to Chapel Hill, N.C. next Tuesday for a highly anticipated showdown against No. 10 North Carolina of the Atlantic Coast Conference (ACC).

Undefeated Louisville (another ACC team) is ranked No. 1 in the poll – followed by Oregon State (Go Beavers!) and Texas Christian University.  Perennial powerhouse Louisiana State of the Southeastern Conference (SEC) is ranked No. 4, followed by Cal-State Fullerton.

Other ranked ACC teams include No. 14 Florida State and No. 19 Virginia, while the SEC boasts No. 11 Mississippi, No. 13 Florida and No. 18 Missouri – which is currently in the midst of a school record-tying 19-game winning streak.

So yeah … ten of the nation’s top nineteen teams are either ACC or SEC squads, according to the latest poll.

After an inauspicious start to the season, South Carolina has reeled off seven straight victories.  Head coach Chad Holbrook‘s team will play one game against Charleston Southern this week before welcoming Alabama for a three-game series.