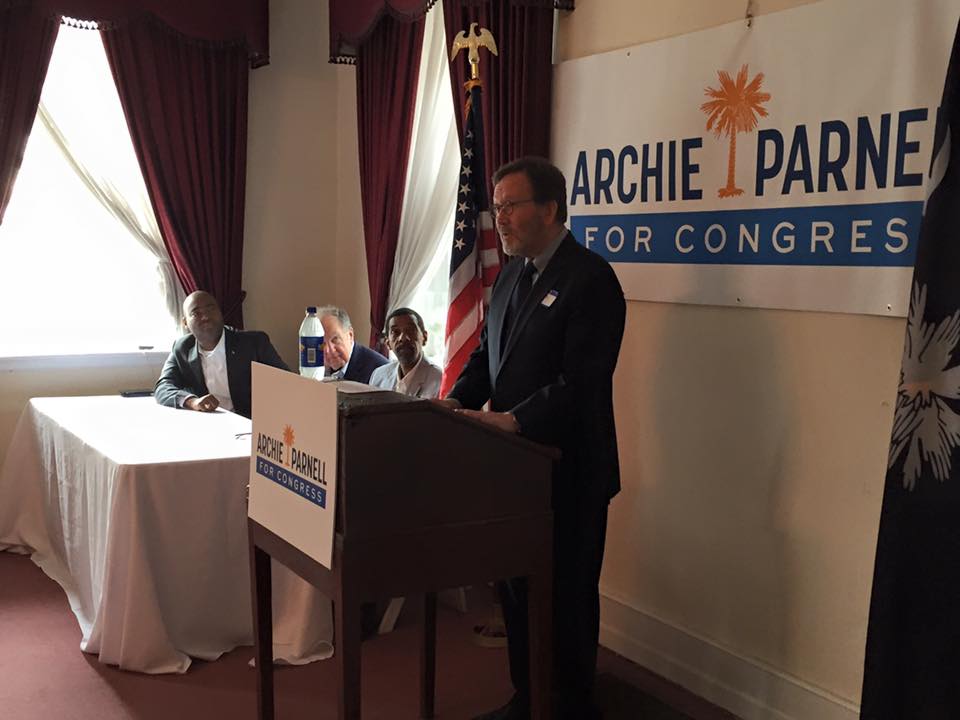 Eviscerated in last fall’s general election, Democrats are nonetheless soldiering on in the South Carolina fifth congressional district (a.k.a. the “Fightin’ Fifth”).

Even though the district is reliably Republican – and went huge for U.S. president Donald Trump in 2016 – the Palmetto State’s perpetual minority party is fielding a candidate in the race.

His name?  Archie Parnell – a tax attorney from Sumter, S.C.

Of interest?  Parnell isn’t adopting the reflexive Democratic apoplexy over the nation’s new leader.  Instead, he’s taking a page out of independent socialist Bernie Sanders‘ playbook – signaling a willingness to work with Trump.

“If President Trump is doing what’s right for South Carolina families, I’ll work with him,”  Parnell said in announcing his candidacy.  “When he’s not, I will fight him tooth and nail. It’s that simple.”