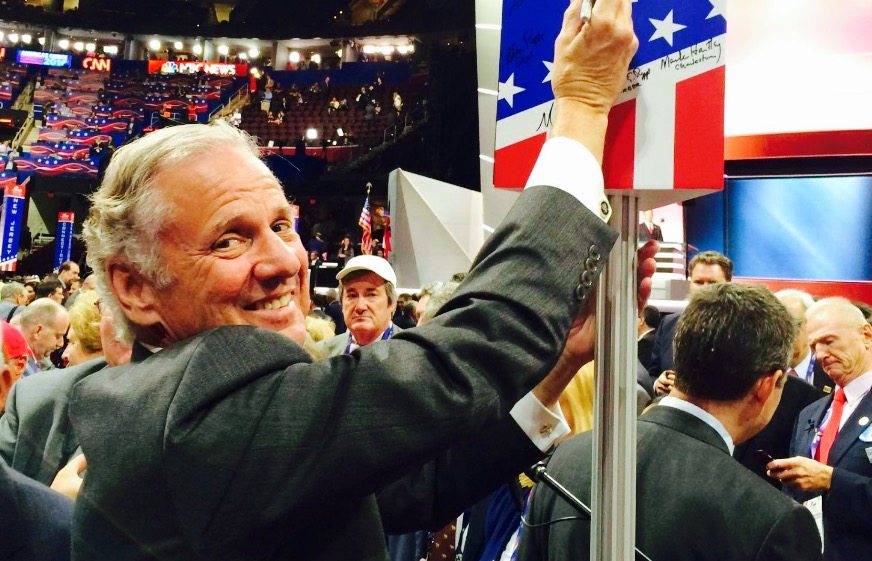 As South Carolina lieutenant governor Henry McMaster prepares to ascend to the governor’s office of the Palmetto State, one of his troublesome brothers is being reinstated as a practicing attorney.

McMaster’s brother, Frank McMaster, was arrested in February 2014 for illegally tampering with a vehicle, discharging a firearm while under the influence of alcohol and disorderly conduct.  That arrest occurred just ten months after he was popped for driving under the influence (DUI).

Pursuant to the state’s rules on lawyer disciplinary enforcement, McMaster was suspended indefinitely from practicing law by the S.C. Supreme Court following his second arrest.

The court revisited McMaster’s case last April, at which point he “pledged his continued commitment to sobriety, rehabilitation, and the profession.”

At that point, the court ordered that McMaster’s thirty-month suspension – which began in March of 2014 – be upheld.  McMaster was further ordered to “pay the costs of the disciplinary proceedings,” complete a legal ethics program, attorney alcoholics anonymous meetings, continue to see a psychiatrist and continue to receive treatment for “depression and anxiety.”

Here’s the order of the court (released this week) …

Frank isn’t the only McMaster brother to find himself in trouble with the law in recent years.

In early 2015, Joseph Dargan McMaster was arrested and charged with first degree burglary as well as “malicious injury to animals, personal property.”

Meanwhile in June 2014, George Hunter McMaster was arrested and charged with “forcible fondling” in the aftermath of an incident that occurred at a swanky downtown Columbia, S.C. social club.

George McMaster’s license to practice law in South Carolina was also suspended in the aftermath of his arrest.

Has Henry McMaster himself managed to stay out of trouble?  Yes … criminal trouble, anyway.  McMaster did find himself ensnared in an ethics scandal last spring, though, and there are some who believe he may have some exposure in connection with an ongoing investigation into public corruption at the S.C. State House.

McMaster is poised to ascend to the governor’s office this month upon the likely confirmation of current S.C. governor Nikki Haley as the next American ambassador to the United Nations.