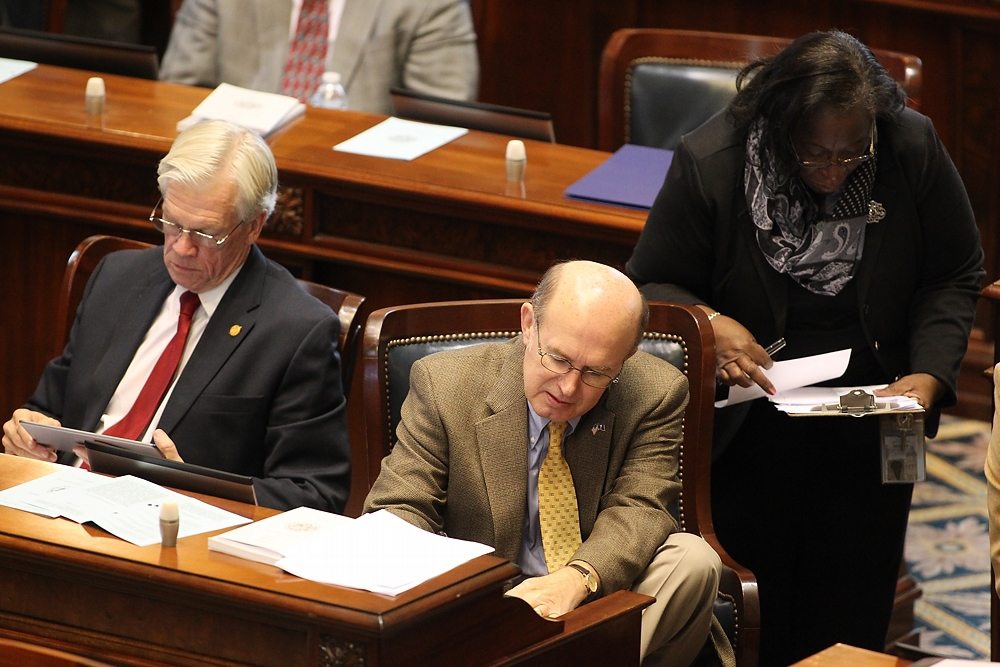 Former S.C. Senator Larry Martin is weighing in on the drama surrounding South Carolina’s looming executive succession – filing a “friend of the court” brief in support of a lawsuit brought by sitting S.C. Senator Tom Davis.

At issue is a debate over how the Palmetto State’s lieutenant governor’s office should be filled in the event of a vacancy – which is exceedingly likely to occur over the next few weeks.  As it stands now, there are conflicting interpretations regarding the “effective date” of a recent amendment to the S.C. Constitution.

How that effective date is interpreted is likely to determine who becomes the state’s next lieutenant governor.

Davis wants the S.C. Supreme Court to weigh in on the matter and resolve the conflict, arguing that lawmakers have created a constitutional crisis by failing to properly codify the constitutional amendment that was approved by the voters of South Carolina back in November 2012.

Martin agrees – arguing that the court should “proceed to consider this matter in its original jurisdiction.”

Why should the court listen to him?  Well, Martin shepherded the amendment in question through the S.C. Senate back in 2012 – and was chairman of the S.C. Senate’s judiciary committee when the amendment’s voter-approved language was ratified in 2014.  According to his brief, that makes him “uniquely situated to inform (the Supreme Court) as to legislative intent in regard to both the joint resolution and the subsequent ratification.”

If this effective date is valid, it would mean a previous executive succession that took place back in June 2014 was unconstitutional.  More importantly, it would mean current S.C. lieutenant governor Henry McMaster would have the authority to name his own replacement in the exceedingly likely event his office becomes vacant.

McMaster is poised to ascend to the governor’s office this year – assuming Nikki Haley is confirmed as the next U.S. ambassador to the United Nations.

As it stands now, McMaster’s vacant office would be filled automatically by the president of the State Senate (whoever that happens to be the time) – but some are arguing that he has the right to appoint a successor.

“This isn’t a murder mystery,” he said.  “Nor is it rocket science.  Everyone knows what happened here – and no one is disputing the facts of the case. The people approved an amendment to change the way they elect executive leaders beginning in 2018 – but lawmakers stripped that date out when they ratified this amendment making the change effective immediately. By refusing to address their mistake, the legislature is perpetrating a fraud on the people of South Carolina.  They must accept responsibility and immediately make things right. Anything short of that is unacceptable.”

S.C. attorney general Alan Wilson has also agreed with Davis – and urged the court to intervene in the matter.  State lawmakers – who elect justices and judges in the Palmetto State – are trying to block the court from hearing the case, though.

Here’s a copy of Martin’s filing …

Will Galloway: Just Say No To School Uniforms