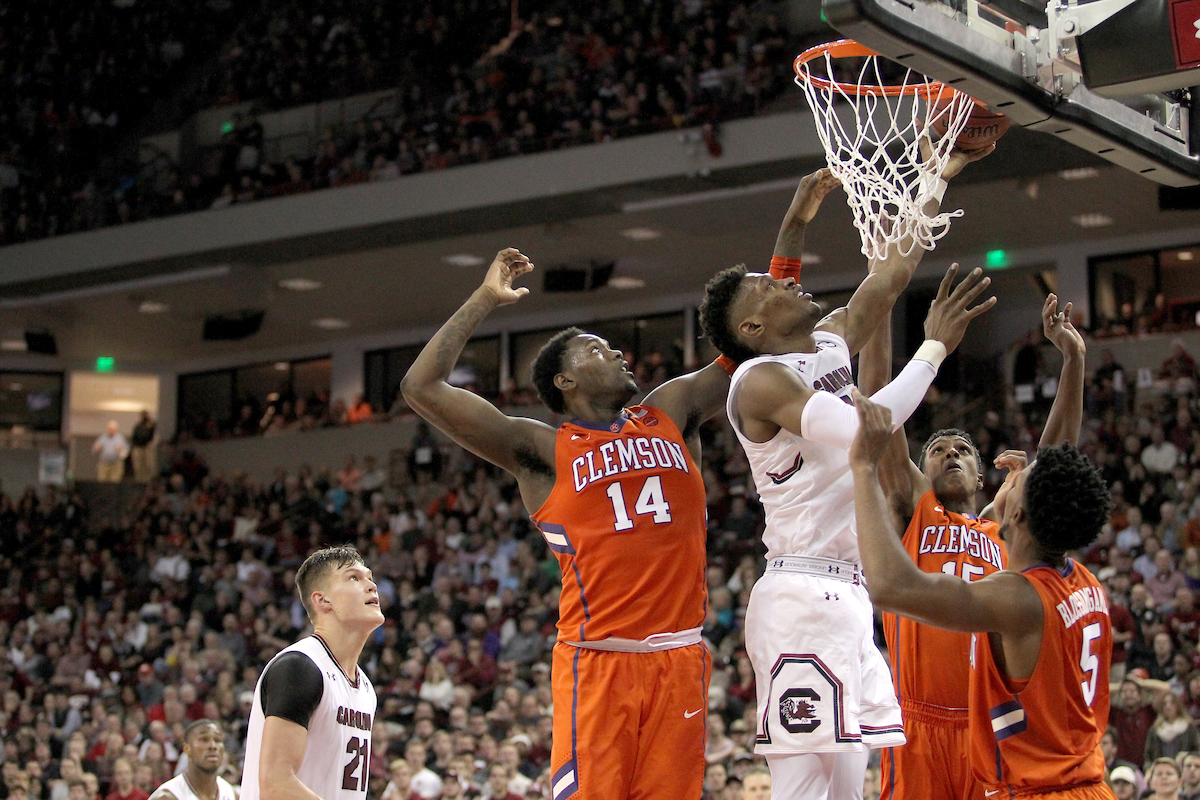 WHEN WILL SOUTH CAROLINA GET SINDARIUS THORNWELL BACK?

The University of South Carolina’s resurgent men’s basketball team lost another close game without its star player in the lineup.

The hard-fought game was the fourth in a row South Carolina has been forced to play without star shooting guard Sindarius Thornwell, who was suspended indefinitely on December 4 for an undisclosed violation of “athletic department policy.”

The Gamecocks – ranked No. 22 in the nation – lost another nail-biter earlier this month against Seton Hall without Thornwell in the lineup.  That loss dropped them from their No. 15/16 national ranking – the highest a Gamecock team has been ranked in nearly two decades.

This loss will likely bounce them from the polls completely.

Well, we know Thornwell – a 6-foot-5, 211-pound senior from Lancaster, S.C. – was arrested back in May for driving with a suspended license (that news broke exclusively on this website).

Since then, it has been revealed Thornwell was also charged with simple possession of marijuana related to that incident – during which his Chrysler 300 is alleged to have nearly sideswiped another vehicle.

Thornwell was averaging 18.7 points, 6.7 rebounds, 4.1 assists and 1.3 blocks per contest when he was suspended – all of which would be career bests.  He is rumored to be returning to the Gamecock lineup in January – when his team opens its conference slate against Georgia.

Still, South Carolina’s losses to Seton Hall and Clemson could prove costly come mid-March – when the NCAA selection committee will decide which teams qualify for its postseason basketball tournament.  The Gamecocks – who narrowly missed making the cut last season – haven’t been to the “Big Dance” since 2004.  And they haven’t won a game in the tournament since 1973.

Meanwhile Clemson left Columbia with its first ever road victory against a ranked, non-conference opponent – a win that should bode well for head coach Brad Brownell‘s team when the NCAA dance card is filled in March.

The Tigers (9-2, 0-0 ACC) have one more non-conference tilt before kicking off Atlantic Coast Conference play against Wake Forest on New Year’s Eve.