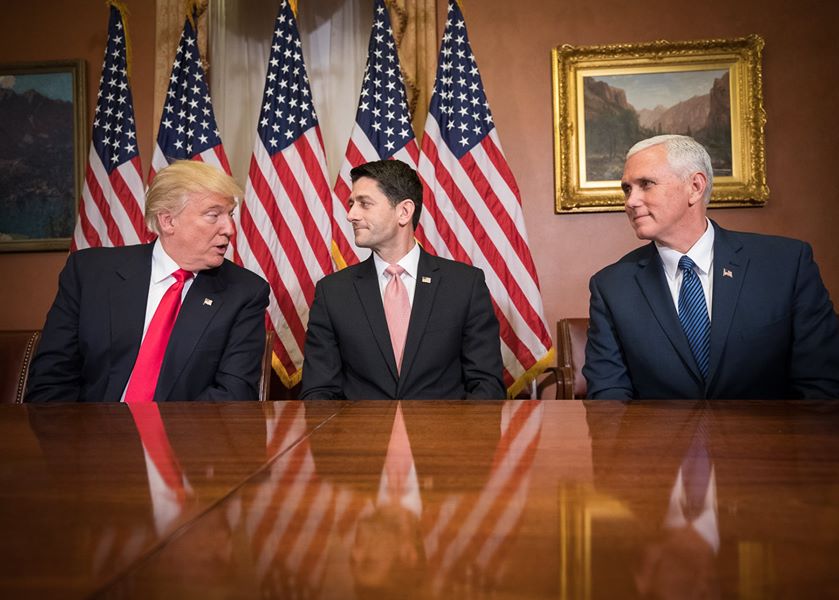 “KEEP YOUR FRIENDS CLOSE AND YOUR REPUBLICANS CLOSER …”

Republicans in the U.S. House of Representatives unanimously reelected Paul Ryan of Wisconsin as their leader this week – the latest sign that U.S. president-elect Donald Trump is eager to bury the hatchet with his GOP antagonists in the hopes of governing the nation after his inauguration in January.

Is that the wise move?  We shall see …

Trump could have gone to war over Ryan’s reelection – especially after the GOP leader played such an integral role in the attempted sabotage of Trump’s presidential candidacy.

“Keep your friends close and your Republicans closer,” one veteran Washington lobbyist told us.

“Welcome to the dawn of a new, unified Republican government,” he told reporters after the vote. “This will be a government focused on turning President-elect Trump’s victory into real progress for the American people.”

Let’s hope that’s true … because America is desperately in need of some real progress.

For those of you keeping score at home, Ryan’s formal election as Speaker will not take place until January 3 when the entire U.S. House (including Democrats) cast their votes.

Nikki Haley For Secretary Of State?