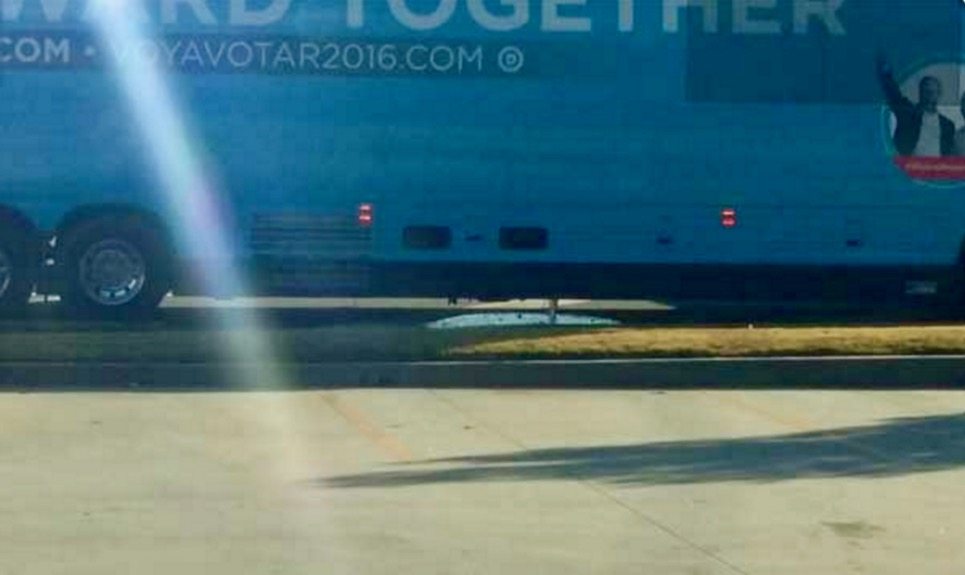 We’ve been doing our level best to clean things up on this site, but sometimes the news takes us in different directions.

Like this story from WGCL TV 46 (CBS – Atlanta) about a Hillary Clinton campaign bus dumping human waste into a storm drain in Lawrenceville, Georgia.

The disturbing incident took place early Tuesday and was captured on camera by a Lawrenceville business owner named Mike Robins.

The Democratic National Committee (DNC) – which has been under fire all election for its “deplorable” campaign tactics – apologized and claimed it was taking “corrective action” in the aftermath of the incident.

“This was an honest mistake and we apologize to the Lawrenceville community for any harm we may have caused,” the party said in a statement, adding it was “unaware of any possible violations” related to the illegal dumping.

“Given that they are about to dump a massive load on the American people, this is kind of a fitting story,” one veteran conservative operative told us.

Indeed … talk about an omen.

Of course it’s not a national story, because it was a Clinton bus – not a bus campaigning for GOP nominee Donald Trump – doing the dumping.