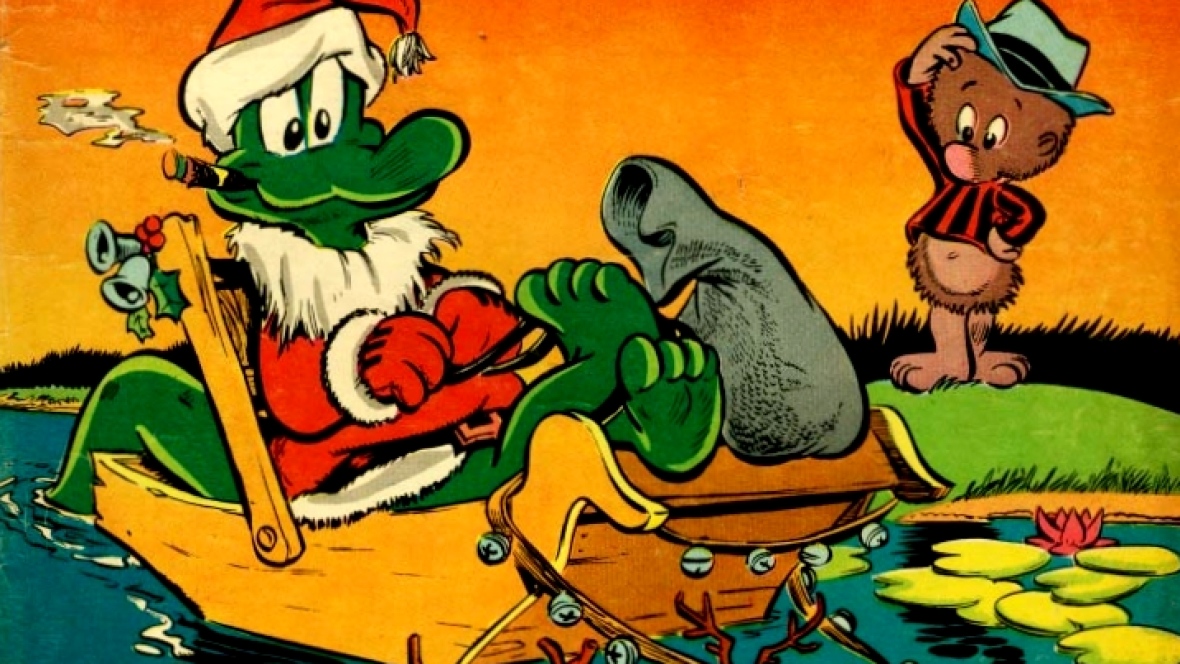 || By LEN ANTHONY || This quote from the Pogo comic strip is the painful truth in the United States today.  I stopped writing editorials because I realized my opinions are not needed or wanted. Only the facts matter.  So, I committed to myself that if I ever wrote another article it would only contain facts. Well, the presidential election has provided me the opportunity to let the facts speak for themselves and arrive at the undeniable conclusion, a fact, that “we have met the enemy and he is us.”

The Democratic Presidential candidate Hillary Clinton was the First Lady for eight years.  She was a two-term U.S. senator and Secretary of State.

If we stopped there she would appear to be a reasonable choice for President. But there is another side to her. While she was First Lady her husband Bill Clinton pardoned a fugitive who was on the FBI’s “10 most wanted list.” The pardoned fugitive was a large donor and supporter of the Clintons. Also while she was First Lady her husband engaged in oral and cigar sex with a 23-year-old intern in the Oval Office. This act of infidelity is only one of many committed by Mr. Clinton during his marriage.

Mrs. Clinton appeared to blame her husband’s paramours for his actions and often verbally attacked them. Mrs. Clinton’s first scandal occurred while she was First Lady when in 1993 she caused seven White House travel agents to be fired so she could hire her friends. This scandal is known as “Travel-gate.” She initially claimed to have had no involvement in the firings but later admitted she was involved.

In 1996 columnist William Safire called Mrs. Clinton a congenital liar. Then there was the Whitewater real estate development scandal. That was followed by her investing $1000 in commodities and realizing a 1000 percent profit, which she attributed to beginner’s luck.

As Secretary of State, Clinton was found to have made false statements about the cause of the attack on the U.S. embassy in Benghazi.  The real cause of the attack demonstrated that Secretary Clinton’s and President Barack Obama’s Libyan policy was not succeeding and the situation in Libya was not nearly as rosy as they had led the American public to believe.  She claimed to have once come under sniper fire while exiting an airplane but video of the event showed there was no sniper fire.  She was found to have made false statements about her use of a personal server for all of her governmental emails while U.S. Secretary of State (the use of which violated departmental guidelines).

The book “Clinton Cash” suggests that while she was a U.S. Senator and then Secretary of State she and her husband used her positions and his relationships to further the businesses of friends and family, and to generate huge donations to the Clinton Foundation and tens of millions of dollars of speaking fees for Mr. Clinton.

During the Democratic presidential primary hackers obtained Democratic National Committee (DNC) emails which disclosed that the DNC took steps to help Mrs. Clinton defeat Bernie Sanders.  “Clinton Cash” also indicates that the Clintons have routinely socialized with, and the Clinton Foundation has accepted donations from, representatives of foreign governments with horrible human rights records, and business executives who ran afoul of the law.  One of their friends who attended the 1996 White House Christmas party and Mr. Clinton’s sixtieth birthday party was indicted by the Justice Department for bribery and was convicted in Geneva of money laundering and aiding a criminal organization.

It would seem that with an opponent as flawed as Mrs. Clinton practically any Republican Presidential candidate could beat her. But no, the polls indicate Mrs. Clinton will beat the Republican nominee, Donald Trump.  Mr. Trump is a billionaire businessman with no governance or political experience.  In fact, polling results indicate his lack of political experience is one of the reasons he won the nomination.

So, the Republican nominee to lead and govern the most economically and militarily powerful nation on earth has no experience in governing, foreign affairs or any other subject matter pertinent to the job.

Throughout the campaign he has made statements that demonstrate he is often: 1) uninformed (during one of the primary debates he demonstrated no knowledge of the concept of the nuclear triad); 2) lying (Politico found that over the course of 4.6 hours of speeches, he lied, on average, once every five minutes); or 3) delusional (no rational person would believe that the US will build a wall the length of the US/Mexican border and force Mexico to pay for it).

At other times he has made comments that are insulting or disrespectful to women, Hispanics, African-Americans, and LGBT, all groups whose votes are necessary to win the election. Finally, during a presidential debate he referred to the size of his manhood and has boasted of groping women.

Interestingly, all three members of the cast of this political drama (Bill, Hillary and Donald) profess to be strong Christians.

The facts described above demonstrate regardless of what they believe, their actions cannot be reconciled with Christian values.
So we have two very flawed candidates and the polls show that most Americans have negative views of them.  Yet, they are our candidates because we nominated them.

At least Democratic voters can claim they had few candidates from which to choose and the “fix was in” for Mrs. Clinton. It appears that Martin O’Malley never really had a chance, and the DNC stacked the deck against Sanders.

The Republicans have no such excuse.  They had seventeen candidates with diverse and varied backgrounds and qualifications and they chose Donald Trump.  The Republicans nominated Donald Trump because as Senator Lindsey Graham said “they have gone bat shit crazy.”

Winston Churchill once said “the best argument against democracy is a five-minute conversation with the average voter.”

We have proven both Senator Graham and Prime Minister Churchill to be right.  We, the voters, have no basis to complain about our devil and the deep blue sea choice of Presidential candidates.  We did it to ourselves.

We have met the enemy … and it is us.