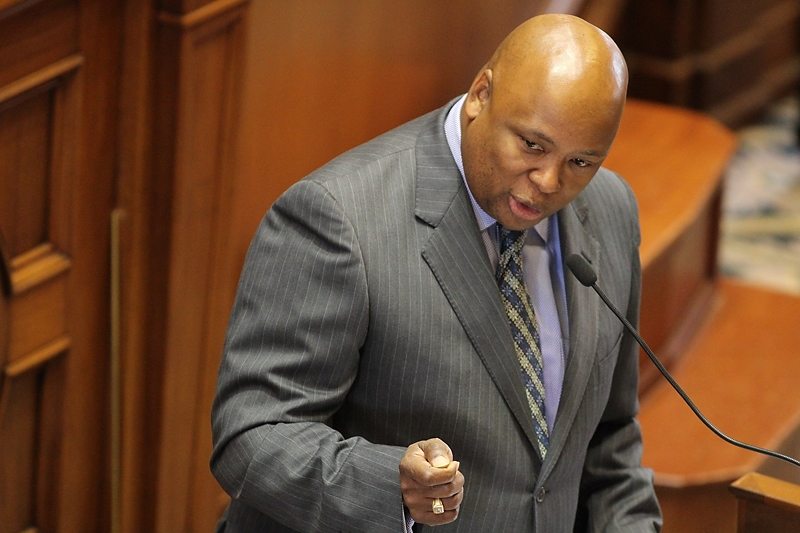 A panel of South Carolina Senators is traveling to Greenville, S.C. this week to solicit input “from interested persons about gun issues.”

Hopefully they’ll get an earful …

“The committee will take a comprehensive look at gun issues in South Carolina and the committee is looking forward to receiving input from citizens across the state,” said S.C. Senator Gerald Malloy, the chairman of the judiciary subcommittee.

In fact, don’t even take a cursory look.  Why not?  Because neither is needed.  How about simply refer to the Second Amendment to the U.S. Constitution?

Because last time we checked, it was unambiguous …

Joining Malloy on this panel?  Another uber-liberal gun control advocate – S.C. Senator Marlon Kimpson, who filed a host of anti-gun measures prior to the start of the 2016 legislative session.

Perhaps not surprisingly, Malloy and Kimpson will be hosting their “comprehensive look” at gun control in a gun-free zone – the chambers of Greenville, S.C. County Council.

Will any of them stand up for the right to keep and bear arms?  We shall see …

Gun-grabbing bills went absolutely nowhere in the State Senate this year.  Why not?  Well, S.C. Senator Larry Martin – a guy we’ve never really seen eye-to-eye with – actually stood firm against the attempted gun grabs, preventing them from receiving a hearing in his judiciary committee.

Martin was defeated in the 2016 “Republican” primary election, though, meaning the leadership of his panel will pass to another former Democrat – S.C. Senator Luke Rankin.

The gun grabbers are clearly feeling empowered as a result of this change in leadership.

As we noted in response to all the liberal grandstanding following from this year’s terrorist attack in Orlando, Florida – government gun grabbers cannot be allowed to turn acts of madness into an assault on our right to defend ourselves and our families.

After all … we all know what happens in “gun-free zones.”

This website has always been – and will always be – a relentless advocate for this most essential liberty.  If we’ve said it once, we’ve said it a million times: More guns = less crime.  Hell, the government’s own stats prove it.  But even if they didn’t, there is a constitutional prohibition expressly forbidding government infringement upon this right.

Not only do we “cling” to this inalienable liberty, we actively encourage the civil disobedience of any gun law (federal, state or local) that infringes upon it.

Hopefully the citizens of Greenville, S.C. will communicate this message to Malloy and his panel.

For those of you interested in attending, Malloy’s panel will meet from 6:00-8:00 p.m. EDT on Thursday, September 15 in the Greenville County council chambers (301 University Ridge, Greenville, SC 29601).

Zoo Board Has An Opening