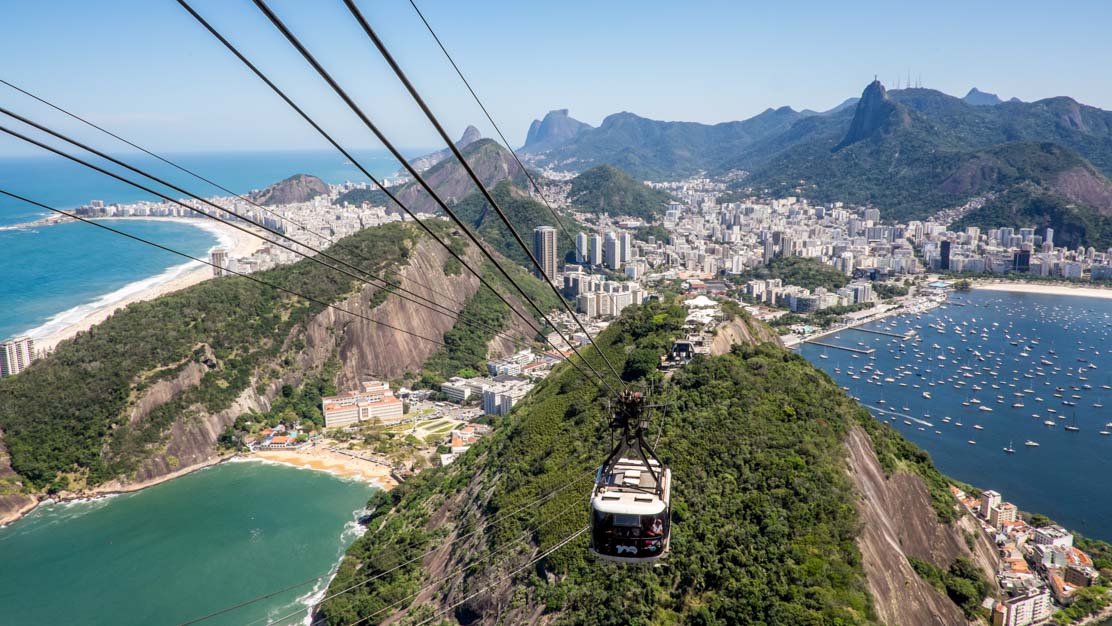 WILL AMERICA TUNE IN?

The games of the XXXI Olympiad are scheduled to open this weekend in Rio de Janeiro, Brazil.  As we noted in this report, though, the host city is facing a host of problems.

Rio is teeming with corruption and violence – and on top of that, the games represent a ripe target for radical Islamic terrorists.

The city is also confronted by serious environmental problems (most notably the feces-filled water of Guanabara Bay – where swimmers, sailors and windsurfers are scheduled to compete).

Additionally, the games have been marred by a major doping scandal among the Russian Federation’s delegation.

Much has been written already about lackluster ticket sales for the games, but there’s another problem: Weak television appetite.

Four years ago, 59 percent said they would watch a “great deal” or “fair amount” of Olympic coverage compared to 41 percent who planned on watching “not much” or “none at all.”

Here’s a look at the data … 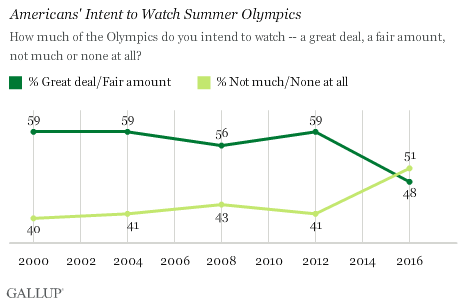 NBC owns exclusive television rights to the Olympics through 2032 after reaching a $7.75 billion deal with the International Olympic Committee (IOC) back in 2014.

The network – which has been televising the games since 1964 – lost an estimated $233 million on the 2012 London Olympics.  However it claims ad sales for Rio have been markedly stronger.

Will advertisers get “bang for their buck” though?

And even if they do decide to tune it, can they afford to buy anything?

Again … it’s not looking good on that front, either.