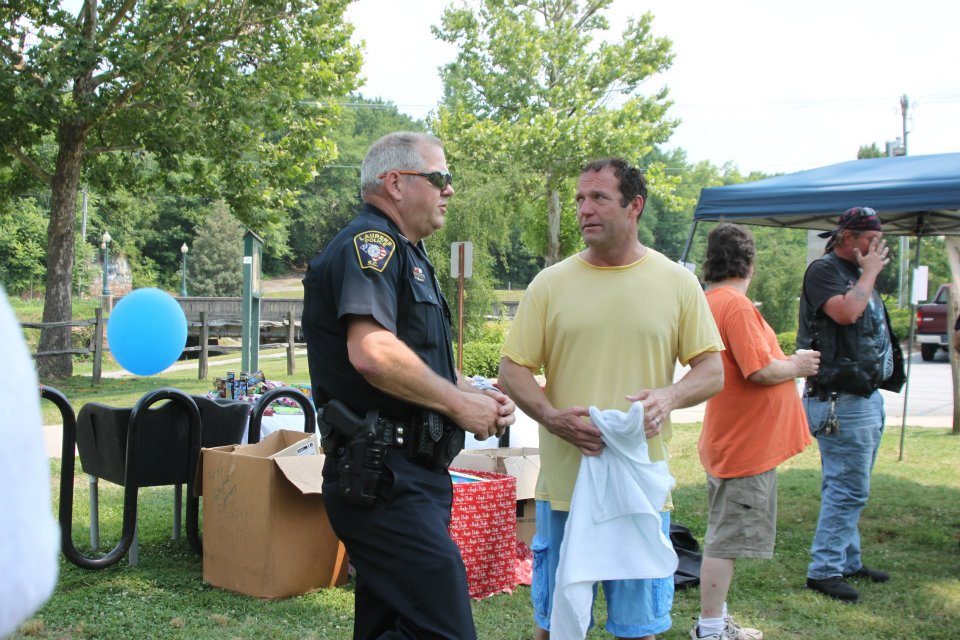 LAURENS COUNTY LAW ENFORCEMENT RACE IS FAR FROM OVER …

He’s the “sexting sheriff” from Laurens county, S.C. who made statewide headlines earlier this year for his amorous extracurriculars on taxpayer time.

Chastain’s scandal – the latest in a long line of alleged indiscretions – cost him his job.

On June 14, Chastain was narrowly defeated by challenger Donald E. Reynolds in a “Republican” primary election.

David Brewer – one of Chastain’s law enforcement allies who is employed by the city of Laurens, S.C. police department – has reportedly filed 2,000 signatures with the local election commission, qualifying him to appear on the November ballot as a petition candidate.

Brewer ran against Chastain in 2012, but endorsed his candidacy this go-round.

“Ricky and his goons talked him into running so they won’t be out of a job,” one local source told us.

Not only that, there are multiple reports that on-duty sheriff’s deputies – and Laurens, S.C. police officers – worked together collecting signatures for Brewer when they should have been busy “protecting and serving.”

“This is after Chastain pledged to support the nominee of his party,” another source added.

Stay tuned … we thought this race was over.  Clearly it’s just getting warmed up.

UPDATE: While a collection effort is clearly underway, sources in Laurens county are disputing whether Brewer’s signatures have actually been turned in or not.  Brewer – or anyone wishing to mount a petition candidacy – has until July 15 to turn in the required 2,000 signatures to appear on the November ballot.