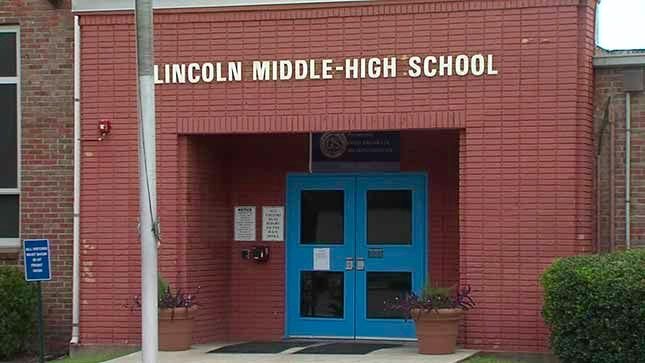 “HOW MUCH WORSE CAN THE GOVERNMENT SYSTEM GET?”

|| By COLIN ROSS || The Lowcountry, S.C. NAACP is up in arms because Charleston County’s school board has proposed closing Lincoln Middle-High in McClellanville and Jane Edwards Elementary on Edisto Island to help cover an $18 million budget shortfall.  If they really wanted to advance the best interests of “colored” people, though, they would cheer on the closure.

What’s important to remember is that a failing school doesn’t fail a school – it fails children.

When a bad restaurant goes out of business, we don’t cry.  It doesn’t mean we value food any less.  We know that there are lots of options to choose from mostly because the government doesn’t currently enjoy an effective monopoly on serving food.

We know teachers aren’t getting all that money.  Maybe there is a principal or teacher over in McClellanville who thinks they could do a better job of educating children for that price – if not less. Maybe we should allow parents more choices in their children’s education system instead of binding them to the land like serfs in tsarist Russia.

S.C. Senator Ray Cleary couldn’t have been more right when he said, “in education, we don’t really know what we can do to fix the problem.”

Well, the first step in any solution is to recognize your role – i.e. lead, follow, or get out of the way.  In this case, if government has no ideas beyond busing children two hours a day indefinitely then they should get the hell out of the way.  For the children of course – because we desperately need us to use these resources in a much better way.

Our kids don’t have to be guinea pigs.  Sweden, an icon of the progressive left, has been using vouchers heavily since 1992.  Research also shows the vouchers lead to less segregated schools.  Vouchers wouldn’t even cut money from education – they simply allow for innovations to take place more easily.

Some schools will be better than others, some schools will try experiments that don’t work but that is part of the process.  The real question to people who oppose vouchers is this: How much worse can the government system get?  How many generations of children are you willing to send out into this world without a proper education while our politicians guess at what a better solution would be?

The government has tried for decades with little to no results.  Maybe it’s time we took a different course.

Koch Group Under Fire For Comparing SC To Mississippi

What If You Held A Convention And No One Showed Up?