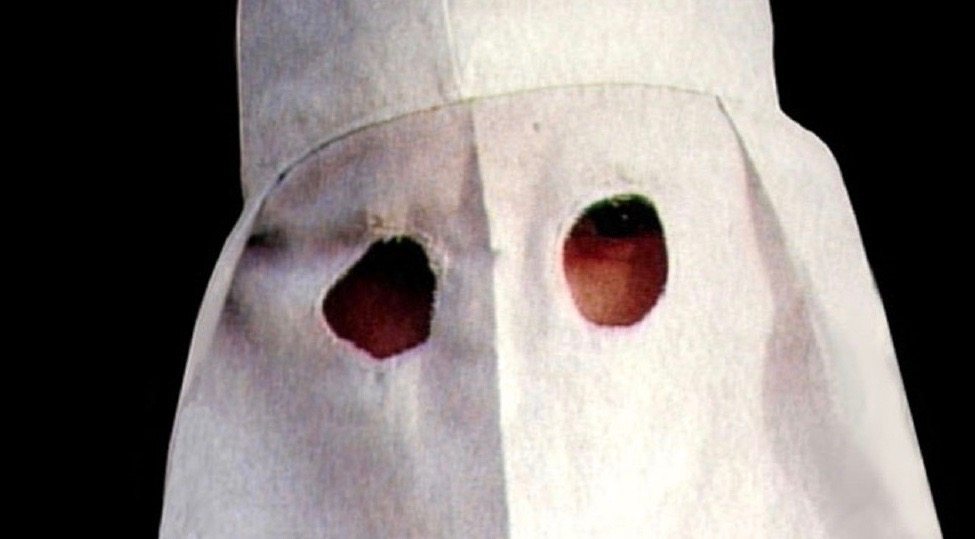 … OR IS THIS MESSAGE COMING FROM THE FEDERAL GOVERNMENT?

This website has been consistent in our opposition to proposed government-subsidized refugee resettlements in South Carolina.  We were the first website in the state to break open this scandal last year, and we’ve been all over it ever since.

Our view is simple: Security concerns aside, our state simply cannot afford either the immediate or long-term costs associated with such an influx.  That’s why we oppose the resettlements – and support efforts to hold our state leaders accountable on this issue.

Others apparently feel the same way … 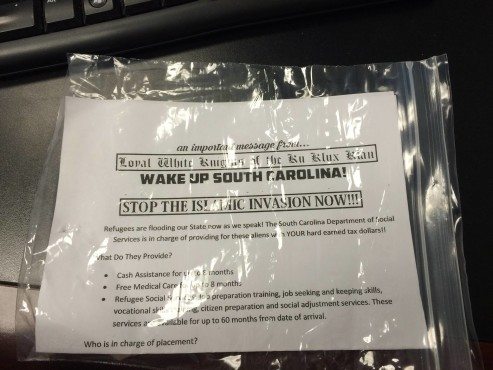 Yup, that’s ostensibly a communication from the Ku Klux Klan (or a group claiming to be affiliated with the white supremacist organization).

We knew Klan membership was on the rise in the Palmetto State, but it’s worth noting the organization still had to rely on a North Carolina-based group to conduct its latest South Carolina rally.

Oh, and it was later revealed that group was led by … wait for it … an undercover federal agent.

So who knows … maybe this “important message” from the “Loyal White Knights of the Ku Klux Klan” is really some sort of ham-fisted government propaganda intended to build support for the refugee resettlements?

Either way, our arguments stand: South Carolina is too poor and too underemployed to accommodate such an influx.