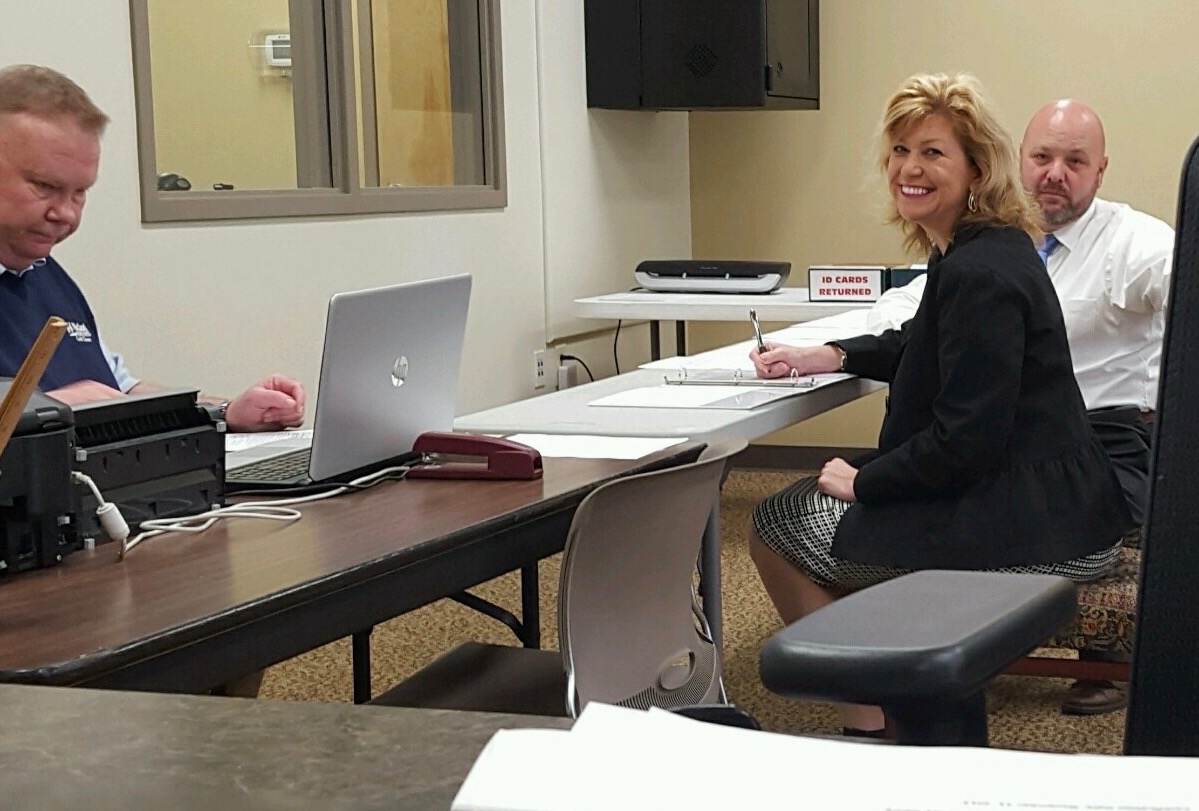 We previewed this race a few weeks ago, but veteran law enforcement officer Jody Lynch has filed to run for sheriff of Florence County, S.C. against longtime incumbent Kenney Boone.

Lynch submitted her paperwork earlier this week to run as a Democrat.  Boone is running as a “Republican,” although in Florence County (and most of South Carolina, for that matter) there’s really no distinction.

We expect Lynch to be a formidable opponent to Boone – who has been criticized for leaving the state during last fall’s “Floodmaggedon” rainstorm and more recently for his office’s heavy-handed tactics in pursuing a helicopter that belonged to another local government.

She’s well-liked, well-connected and well-respected in the community … and appears to be running a disciplined, well-organized campaign.  Obviously she still faces an uphill battle (Boone has the support of Florence’s political establishment, including powerful S.C. Senate leader Hugh Leatherman), but this is one of several local sheriff’s races in the Palmetto State that we will be watching very closely.

I worked with Jody at SFHS and she was our SRO. I have never voted for a Democrat in my entire life but I would vote for her. Class act. Best of luck!

From no personal knowledge, but reading good reports of her, this is a prime example of the fault of straight ticket voting.

I wish we could achieve just about perfect balance in both legislative houses long enough to abolish that useless feature for voting.

Glad Jody Lynch will give KB a run for his money. He is liked in certain circles (and probably well financed) but you have to question many of his decisions and actions, like his current Chief Deputy’s only qualification before his sudden rise to jr. sheriffdom was keeping Kenney’s anus warm and cozy in the years prior to his promotion. KB’s in-office megalomaniacal antics are well documented but it is his “out of uniform” antics that are a disgrace to the badge and citizenry. KB is a good example why term limits should be applied to office of Sheriff. Jody is upstanding and qualified (at least as much when KB first took office). Hope and pray for change – for all the FCSO employees who desperately need one.

If we were to compare pre-election records for both candidates, I’d say she did way more work on the whole versus KB. He was known for being in tight with the command staff and doing little save padding his resume in order to advance his career. Jody probably did as much at the FPD (before she went to work out there) as he ever did before seeking the top job. She will be far more qualified to get to work on her “day 1” then he was on his. She will no doubt build on the relationships with other agencies she fostered at the FPD & FCSO, which span the breadth of the state by virtue of SRO’s & Gang Investigators she’s worked with. She’s very capable & more than ready.

Lynch is definitely more qualified than when KB first ran – and that will start to show. In 03/04, if wasn’t for the fact he participated in the chamber leadership program, KB might not even know how to spell “leadership” much less define it. “Dow, that’s strong” is his trademark response to all those loyal suck-ups taking advantage of him while pitching their pet ideas for “bettering the department” (increasing their importance and perceived power). The voters need to look closely, not believe all the propaganda that is about to be spewed from the fun gang at Kamp KB. Almost certainly this will be ugly.

Did she spell republican correctly?

It’s definitely time for this change. Best of luck to her!

I hope that she wins.
Now, I’m asking you to please cover the Laurens County Sheriff’s antics. His latest “scam”, in order to gain political from his own employees, is that he’s allowing them to claim virtually unlimited overtime! How’s that for an effective use of taxpayer dollars.
He’s also encouraging his deputy’s to sell their own personal vehicles, and use the county car for ANYTHING they want.
Please, please, cover this race as much as possible.

Holy Shit, Batman, I don’t know whether to vote for the DEMOCRATE or the the REPUBLICANE in this race.
Wish they had a LIBRARYATARIAN in the race, or maybe an INTERDEPENDENT.
Or maybe, I should just shut up.

Hey Jody, Good Luck from your old friend at Defender. Look me up, I don’t think there’s much I can do down here in God’s country but I’m glad to help if I can.