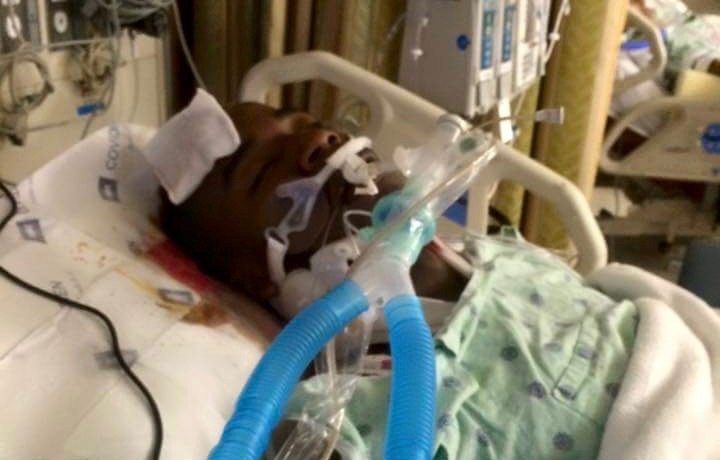 IT WASN’T POLICE BRUTALITY … BUT DID SHERIFF PUT “STOP THE VIOLENCE” VICTIM FIRST?

A leader of South Carolina’s “Stop the Violence” movement was brutally beaten, tasered and robbed earlier this month.  The attack was allegedly perpetrated by as many as three private security guards working outside a local nightclub –  yet it’s suddenly Richland County sheriff Leon Lott who finds himself facing scrutiny over the incident.

Shuron Malone, the victim, was beaten unconscious outside of the Bliss Ultra Lounge dance club in downtown Columbia, S.C. on March 13.  One of his friends was also attacked during the incident.

“While Shuron was going in and out of consciousness the club security stole money from his pockets,” said Chris Sullivan, a spokesman for Malone’s family. “Shuron was also threatened by club security with a gun while being illegally detained.”

According to Sullivan, the beating of Malone was “not the first time this club operator and his security personnel have been in trouble.”

“During the past five years, they have been sued multiple times for unnecessary acts of brutality towards patrons,” he said.  “The beating of Shuron is just the latest in a long line of violence.”

Here’s where the story gets interesting, though …

Security at Bliss Ultra Lounge wear uniforms similar to those worn by the Richland County sheriff’s department – which prompted some initial confusion seeing as sheriff’s deputies were dispatched to the scene to respond to the incident.

In fact Malone himself – in a statement – said he thought one of his assailants was a law enforcement officer.  Social media reports echoed this narrative.

These reports reached Lott, who is said to have panicked (he is currently facing an electoral challenge from an eminently qualified black candidate).

“Sheriff Lott was nervous,” a source familiar with the situation tells us.

Eventually an investigator concluded – correctly – that Lott’s deputies were not involved in any of the acts of violence perpetrated against any of the injured parties on the date in question.  At that point, Lott blasted out a press release informing the public of this important fact – although this statement proceeded to blame the lack of forward motion in the case on a lack of cooperation from the victims.

According to Sullivan, the latter characterization was completely unfair – and inaccurate.

“The statement the RCSD was totally inaccurate and was released before investigators even spoke with any of the victims, including Shuron,” he said.

Sullivan said it took investigators “over a week to respond back to the family.”

Others familiar with the case were more direct in their critique of Lott’s police work – saying he was more interested in protecting his department’s image than getting to the bottom of what happened to Malone.

“Leon could not afford to have the local black ‘Stop the Violence’ leader beaten by his deputies, so he kept everything hush,” one source said.  “Once he found out his deputies were not involved, he sends out a ‘fabricated’ press release to cover for his election.”

Supporters of Lott fired back – saying the dust-up over the delayed response was politically-motivated.

“They couldn’t pin the beatdown on him – is this plan ‘B?’ Please,” one told us. “Sheriff Lott’s men were falsely accused of participating in this attack and have been exonerated completely.  Someone is stirring up trouble.”

The good news?  We’re likely to get a more precise picture regarding the narrative of this attack – and the police response to it – very soon.  That’s because Malone’s family has retained an attorney and is pressing for damages from the club.