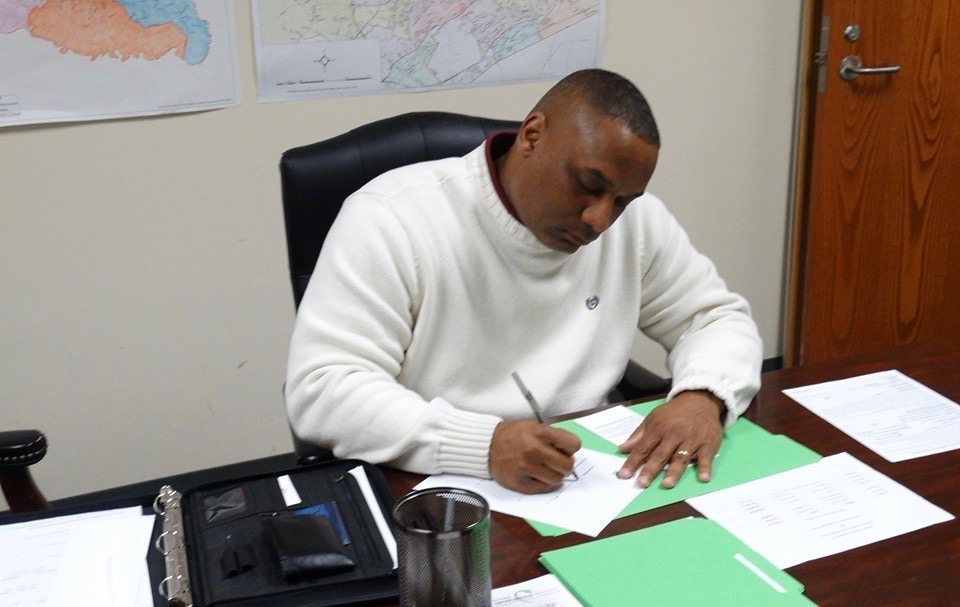 A former investigator with the S.C. State Law Enforcement Division (SLED) has filed to run for sheriff of Richland County.

James Flowers, 43, will run against longtime incumbent Leon Lott – who has been sheriff of Richland County since 1996.  The former University of South Carolina graduate (who played football for the Gamecocks) left SLED last October to seek the post.

Flowers has big goals for the department – which he spelled out last month in an open letter to deputies.

“I am going to make sure that each of you are the best trained, best equipped, and best supported officers in the state,” Flowers wrote.  “I will clearly spell out my expectations to you and you will always know exactly where I stand.”

Flowers also addressed issues of pay – and a perceived lack of cooperation offered by Lott’s agency to other Midlands, S.C.-area law enforcement agencies.

“I will have a fair salary structure and incentives for educational achievement and specialized training,” he added. “You will receive the money that you earned while working extra duty. We will partner with other agencies and end any and all conflict with our law enforcement brothers. We will become nationally accredited and we will become a flagship agency and lead this county into the 21st century.”

Flowers has been campaigning for weeks, so his announcement is not a surprise …

Lott’s agency has been mired in controversy in recent months – most notably the debacle surrounding deputy Ben Fields, who was terminated from his position following an altercation with a student at Spring Valley High School in northeast Columbia, S.C.

Lott’s office has also been accused of manipulating crime data to make it appear as though Richland County is becoming safer when in fact crime is on the rise.