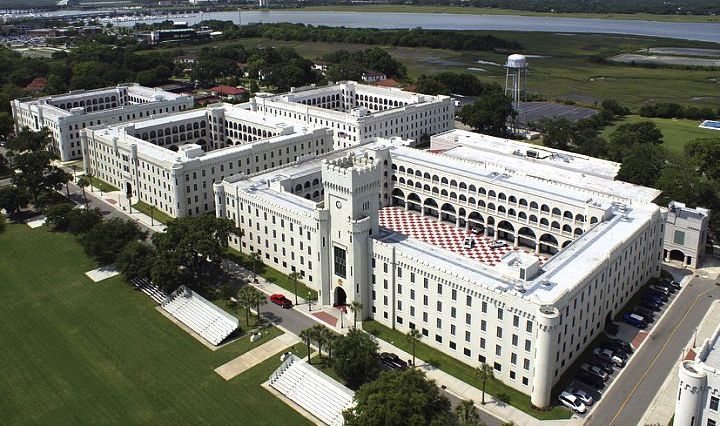 Multiple lawsuits against The Citadel – South Carolina’s government-run military college – will move forward after the state’s settlement offers were rejected by victims.  The cases in question involved the molestation of young boys at the school’s summer camp – incidents the school (and the state) tried to sweep under the rug.

Confessed child molester Louis “Skip” ReVille has admitted to sexually assaulting more than two dozen young boys at the summer camps prior to his apprehension in October 2011.  He also claims he attempted to turn himself in to school officials for a sexually-related offense – but was not disciplined or reported.

One of the victims alleges the school refused to allow him to report ReVille’s conduct.

ReVille pleaded guilty in 2012 to multiple counts of child molestation and is currently serving a fifty-year prison sentence.  The Citadal was absolved in the matter by S.C. attorney general Alan Wilson in 2012 – and promptly dropped its internal investigation into ReVille.

The case – and related sex scandals – continued to rock the college, though.

“The Citadel may not have been criminally negligent in its handling of this case, but it’s painfully clear that the school failed to fulfill its moral obligation – with tragic repercussions,” we wrote back in 2012.

What happens now?  At least one of the eight Citadel sex cases was scheduled to be heard on Monday of this week.

The trial date was scheduled after the victim in the case rejected an offer from the S.C. Insurance Reserve Fund (SCIRF).  According to our sources, the victim is seeking “substantially more” than the state was offering.

Defense attorneys confirmed the rejection of the offer – which came after weeks of failed mediation efforts.

Due to the upcoming Easter holiday, the case has been delayed.

According to our sources, lawyers were concerned “about not having enough jurors able to sit that long due to overlapping spring break weeks and Easter break.”

The Citadel’s president, lieutenant general John Rosa, has admitted the school should have done more to address the initial allegations leveled against ReVille – which were never reported to the authorities.

How much will that failure wind up costing taxpayers?  We’ll find out soon enough …

In the meantime, we reiterate our belief that the state of South Carolina should not continue to subsidize the operation of a military college (or any institution of higher education, for that matter).  The entire system should be privatized, in our estimation.