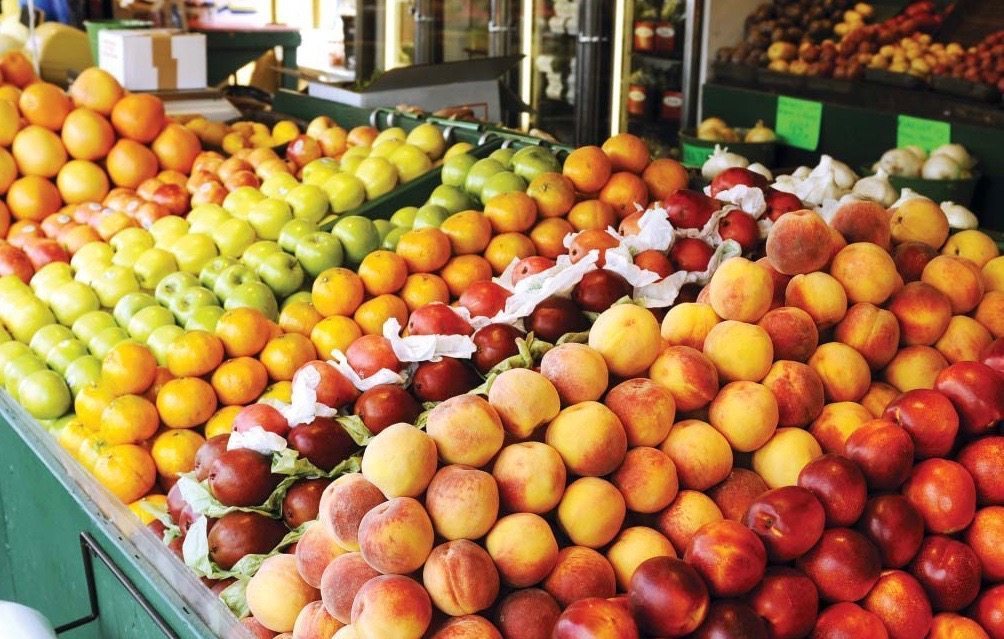 This website has repeatedly called on South Carolina leaders to adopt modest food stamp reforms that have proven successful at reducing dependency in other states.  In fact we reiterated our call less than three weeks ago.

Thanks to pressure applied by state lawmakers – notably S.C. Rep. Chris Corley of Aiken (who filed this bill back in December) – the administration of governor Nikki Haley is at long last imposing a work requirement on able-bodied food stamp recipients between the ages of 18 and 50.

The policy change – announced by Haley’s scandal-scarred S.C. Department of Social Services – would take effect on April 1 and would impact approximately 60,000 food stamp recipients.  South Carolina has previously used a waiver from the federal government to continue doling out these benefits – which were supposed to have been eliminated in 1996 as part of a bipartisan federal welfare reform initiative.

News of SCDSS’ decision was first reported by Lauren Sausser of The (Charleston, S.C.) Post and Courier.

What sort of impact will 60,000 fewer food stamp recipients have on the dependency economy in the Palmetto State?  It’s not immediately clear.  State lawmakers moved food stamp expenditures off of the state’s books in 2014 – meaning South Carolina no longer counts food stamps as part of its annual budget.  At the time this “budgetary reform” was undertaken, the state’s annual food stamp cost was approximately $1.4 billion.

Current estimates are that one million of South Carolina’s 4.8 million citizens – or 21 percent – receive benefits via the Supplemental Nutrition Assistance Program (SNAP).

Corley was pleased with the news.

“I don’t care how the changes get made so long as they are made,” he said.

We will continue to advocate for reductions and reforms to America’s dependency economy – especially in Washington, D.C.  Totally inconsequential food stamp cuts were passed by the U.S. Congress in 2014 – but never implemented.

The dependency economy costs taxpayers upwards of $1 trillion a year … which is totally unsustainable in light of our nation’s $19 trillion debt.

Nationwide, food stamps are up, up, up despite unemployment being down, down, down in the Obama economy. My, my, my.

Not true. There have been declines In number of persons and households each year since 2013, including so far 2016. Current cost per person and household is also down from 2013. My phone would not open zip for prior years.
See pdf. file:
FY13 through FY16 National View Summary

It’s amazing. Huge refuge got 3 of 4 likes after I posted my comment. I don’t think the truth even matters to them. I can’t identify who the likes are from my phone. Curious…

One was me by accident.

Ah! I might have done that in the past. Reading Fits and the comments, I have learned to be more skeptical.

As your links show, costs have nearly doubled since Obama took office in 2008, but they have declined each year since 2013. That decline is in spite the population growing at about 0.75% each year. We still need to cut SNAP participation by half to get to 1999 – 2000 levels.

Yes the rules are contributing to fewer foodstampers.. But those numbers reflect more people getting kicked off…not less people taking them

Truth be told, FITS, I shared the information with you back on Feb. 11. So actually, The Post and Courier wasn’t the first news outlet to provide information about the ABAWD change….indirectly you were.

It always interests me how Social Security and Medicare are going broke, but Food Stamps and medicaid are always “fully funded”. The programs we worked and paid into are the only ones not fully funded. The programs funded by tax dollars are no problem. SS is a tax we paid for 50+ years and the politicians stole from US. If I had had the chance to invest my SS tax like my 401K I would be much better off today. But yet the politicians insist on calling SS a “entitlement” . Damn right I’m entitled to it. I paid for it. Before the not so Great Society people went to the welfare office and received bags of flour , meal, butter, cheese etc. For some “unknown” reason it wasn’t nearly as lucrative as the present system. They also didn’t have nearly the obesity problem we have today.

You make good points. They started calling Social Security and Medicare entitlements so they could attack those programs. Certain Groups of very wealthy people have been trying to kill those programs since they were created. It is not surprising that after the billionaires took over the GOP they renewed their attacks on these programs. The money was taken and now they don’t want to pay it back.

Trump has said he will defend these programs.

Big Sugar. The Convenience Store Lobby, and a host of other benefactors slopping from the Government trough will threaten the Legislators with their jobs. You think these interests give a crap about feeding hungry people? They want that money in their pockets whether it goes to the right people or not.

In November, after the floodmegedon, the number of SNAP recipients jumped 37% and the cost rose 50%. SC is receiving Federal disaster assistance including SNAP.
See PDF files under the heading:
Latest Available Month: November 2015- State Level Participation & Benefits:
At
http://www.fns.usda.gov/pd/supplemental-nutrition-assistance-program-snap

This needs to be a yearly renewal process. Also if you’re convicted of a felony or any drug or alcohol related crime your EBT card gets cut off. No processed food, no fast food or convenience store useage. Nothing purchased that is a dietary necessity… Mountain Dew and Cheetos are not a necessity. One card per household. Set it up like unemployment insurance, you must complete one job application per week or be enrolled in a job training program. 10 year maximum limit on benefits.

You must not live in a rural area with no grocery stores within 15+ miles.
How about we cut of Medicaid coverage for every great-granny in a nursing home who never worked outside the home and never paid taxes? THAT would amount to some very big bucks compared to what people get in food stamps.

Yet these same people can figure out how to buy beer and cigarettes. Maybe when they’re walking that 15 miles (uphill both ways) they can pick up a few groceries.

This affects a very small percentage of people on food stamps.

Its about time for some common sense in Columbia. Chris Corley for Governor!

All the crooked shenanigans in SC and the one thing Nikki can find to do is make it more difficult for poor folks to get food.

” Qu’ils mangent de la brioche”, let them eat cake spoken by Queen Marie Antoinette upon learning that the peasants had no bread. Like Governor Haley it reflects their disregard for the poor.

” What sort of impact will 60,000 fewer food stamp recipients have on the dependency economy in the Palmetto State? ”
Well, the grocery stores and their employees might take a hit

SC treats Food Stamps like state money! It’s federal money that the state is supposed to distribute to people that quality under federal rules, but that treat it like state funds! I just turned 50 worked all of my adult life 60-80 hours a week! Became disabled in 2011, I am collecting on the money I paid into SSI from ssdi and I am supposed to be qualified for the maximum FS benefit?? Under the Federal guidelines???? But was awarded $15 a month??? My roommate is in a similar situation she gets $40 less than me from SSI but gets the maximum FS of almost $200.? A month, our bills are split 50/50 we are not married but the math does not add up!! I can’t question the math locally in oconee county its done by phone from the Capitol I am surviving on what I get barely but can’t afford to eat the way I should to help with my disability, because N Haley refuses to make sure the disabled have a great day! People are abusing the system getting fat on tax payers money my neibour is almost 375 lb and in her early 20s she says it’s because she had a baby that’s almost 3 now, but it’s really because she sits at home playing Video games and eating corn dogs drinking 2 3liters of mountain dew a day and energy drinks she buys with the FS she gets. I worked all my life for what I should get her life has just started!!! But is living like a millionaire without a care in the world, I can see the content of her trash out side my back door because her and her friends are to lazy to put the bags in the can provided by the city and there pet cat spreads their trash around my side of the rental property!! These are the people that should be cut and forced to work she has a BF a ex Marine that does nothing but play games with her and rents out the extra room breaking every rule on the lease! And has the property manager wrapped around there finger, they don’t even have there utilities in there name they pay the property manager?? We have everything in our name and have to yell and scream to get what we are supposed to be entitled to, but because we aren’t using a child to get a free ride and are asking for money we paid out in the form of taxes we get denied so it can go to people that barely or never worked a day in their life, that are NOT Disabled. Go figure!!!! Governor N H needs to crack down on the abuse of the system using sometimes UN wanted children to support yourself should be a felony!!!

Just to reiterate in the EX Marine BF idk if he was honorably discharged or quit? He is not disabled physically PTSD?? Maybe but I have been diagnosed with it myself and still worked years with it. I love my country but can’t stand how soft our people have become, my step son weaseled his way out of the army with a headache he said prevented him from doing his job but he could still spend 10 hours a day playing video games?? He was posting YouTube videos about what a great gammer he was when he got sent home early for headaches almost every day and his superiors didn’t see what he was doing??? They just took his word for it??? He now thinks he is a Vet that deserves all.the benefits that people that actually served do?? The sad thing is he is still getting money because he was medically discharged?? For the fake headaches that he used to try to use to get out of chores at home to play games in his room . we are doomed if even our military can be duped by children that put games over there country. Yes I served but at the time things were a lot different we didn’t have IPods and smart phones heck we wouldn’t dare try to phone home to Mommy when the Army made us do our jobs on paper before using a computer to cry its to hard to learn to manual version of or job first. Yes this is what my step son did. He was being trained as a graphic designer and got mad when they started him with a pencil and paper not a keyboard and mouse.

It’s always easier for the government to pick on the poor people. It takes the focus off the real problems we face if only for a short time. I know some people probably abuse the system and they should be the ones dealt with.

Yes, you can get free stuff just by being on food stamps! http://www.foodstamp-magic.com You can get free gas, banking cards, internet, phones and more! It is actually very simple to get and has helped me and my kids out plenty of times