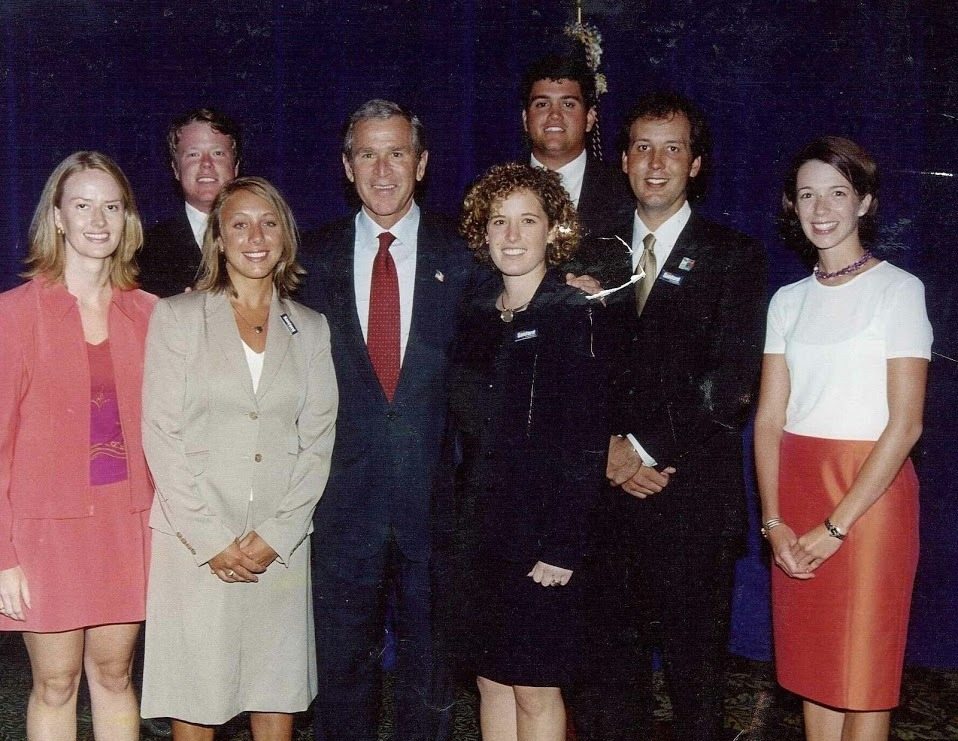 || By WILL FOLKS || There was a time when I was a “Republican” – when I fell wholly and completely for the “less government, lower taxes” shtick the GOP successfully peddled for decades to impressionable voters.

Hell, I even helped peddle the fiction.

There was even a time I posed alongside former president George W. Bush  (above) – joined by my co-workers on the campaign of former S.C. governor Mark Sanford (another status quo hack who has since joined the “Republican” sellout caucus).

Nearly a decade-and-a-half ago …

Thankfully, the scales have since fallen from my eyes. I’ve seen “Republicans” for what they are, and it isn’t pretty. Accordingly, every time my website writes about them, we put the baby quotes around the word “Republican” to make sure people know it is a self-applied label that has been rendered effectively meaningless by decades of intensifying ideological betrayals.

When the GOP tells me about “economic development,” I no longer see shiny ribbons and promised jobs but rather government taking from the many to give to the privileged few.  When the GOP tells me about balancing the budget, I see them pulling the same budget-busting tricks the Democrats use.  When the party tells me about standing firm, I see it surrendering.  When it talks about reducing debt I see it exploding debt further.  When it talks about keeping me safe, I see it recklessly intervening in places it shouldn’t be and wasting billions on weapons that don’t work.

It is, quite simply – all bullshit.

Every bit of it … as evidenced best by the fact that giving “Republicans” control of the U.S. Congress has done absolutely nothing but further empower the radical socialist agenda of U.S. president Barack Obama.

As a result, the GOP is dead to me.  Has been for years, actually.

I will never support another of that party’s establishment candidates.

And neither should you … no matter what sort of pressure you face to conform.

“When I was a child, I spoke as a child, I understood as a child, I thought as a child; but when I became a man, I put away childish things,” the Apostle Paul wrote in the first epistle to the church at Corinth.

That’s a guy who knows a thing or two about “scales falling,” huh?

WILL FOLKS is the founding editor of FITSNews.com.