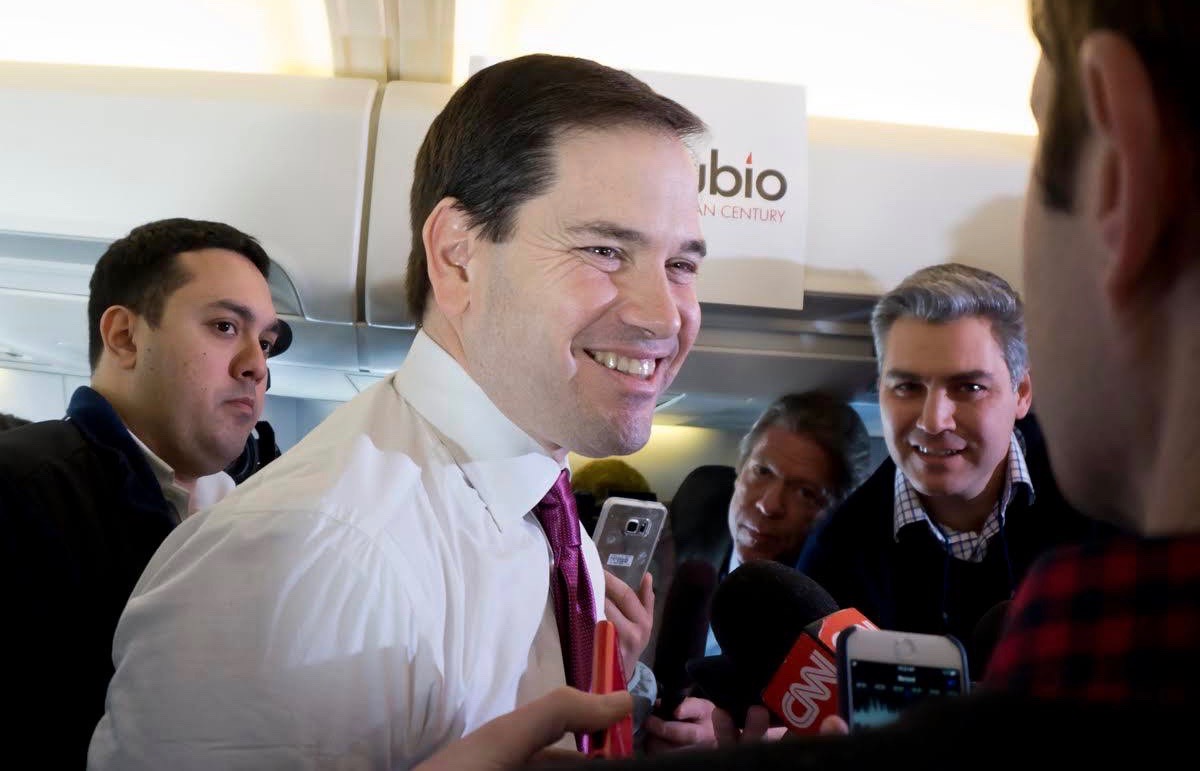 THIS MAY ACTUALLY HELP HIM IN SOUTH CAROLINA …

U.S. Senator Marco Rubio of Florida lost out on second place in the 2016 New Hampshire “Republican” primary – and by extension, his best shot at winning the GOP nomination – because he had a terrible debate last Saturday evening.

But Rubio’s performance after the Granite State debate didn’t do him any favors, either – especially among female voters who are watching the current “Republican” circus with an eye on November’s general election.

Rubio was asked following the debate by ABC News’ host George Stephanopoulos regarding his “no exceptions” view on abortion – specifically his belief that the practice ought to be outlawed even in those cases in which a woman was raped or party to an incestuous affair.

“It’s a terrible situation,” Rubio told Stephanopoulos. “I mean, a crisis pregnancy, especially as a result of something as horrifying as that, I’m not telling you it’s easy. I’m not here saying it’s an easy choice. It’s a horrifying thing that you’ve just described.”

“I get it,” he continued. “I really do. And that’s why this issue is so difficult. But I believe a human being, an unborn child has a right to live, irrespective of the circumstances of which they were conceived. And I know that the majority of Americans don’t agree with me on that.”

We actually do agree with Rubio on that point … we don’t support abortion in these cases.  But we could never get behind a law mandating abortions in cases of rape or incest.

Abortion-on-demand is a holocaust, don’t get us wrong … and the Planned Parenthood and Kermit Gosnell scandals have laid that holocaust bare for all to see.  But in fighting against the evil of partial birth abortion or abortion-on-demand, we cannot embrace tactics such as Rubio’s which cost us the moral high ground.

Are Ted Cruz Backers Up To "Iowa-Style" Tricks In SC?