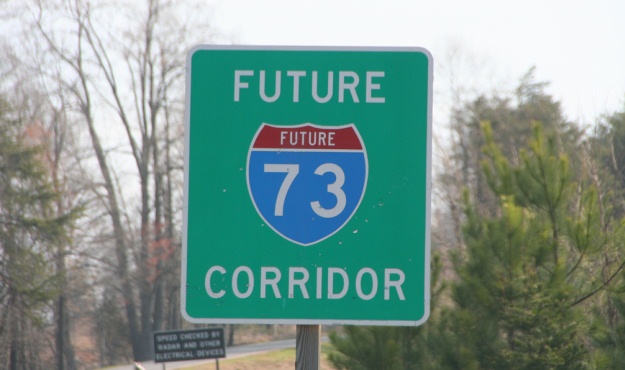 To be clear: South Carolina does not need Interstate 73.

This proposed highway – which would run from just north of Cheraw, S.C. to Myrtle Beach, S.C. – is a poster project for unnecessary highway spending in The Palmetto State.

Nonetheless Palmetto politicians are clamoring to support the boondoggle – ignoring viable alternatives and even going so far as to include its $2.4 billion price tag in an alleged shortfall of funding for our “crumbling roads and bridges.”

Hell, they’re even re-routing funding from core infrastructure needs to build “interchanges to nowhere” for the project – hoping to force the hand of state leaders.

Anyway, the only way this road ever gets built is if federal and state governments raise their gas taxes (as one liberal S.C. congressman is proposing).  And even then it would still be a toll road.

One influential state leader has had enough of the madness … well, sort of. 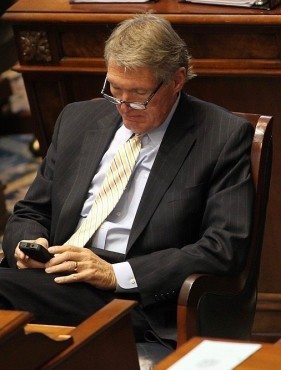 S.C. Senator Harvey Peeler – who has ripped into wasteful transportation projects in previous years – told The Greenville News this week that Interstate 73 should take a back seat to more pressing needs.

“I’m not opposed to I-73,” Peeler told the paper.  “What I am opposed to is spending one penny toward I-73 before they fix our problems with our existing roads and more specifically our existing interstates.”

Despite these critical needs going unaddressed, the S.C. Department of Transportation (SCDOT)’s commission – which has been involved in all sorts of corrupt schemes to advance this project – is up to its old tricks.

Specifically, the SCDOT is spending taxpayer money on wetlands mitigation associated with the Interstate 73 project – even though there is no guarantee federal funding for the project will materialize.

Wait … who is Mike Wooten?

For those of you with short memories … he’s the guy who was busted earlier this year deliberately concealing the results of incriminating SCDOT internal audits (and threatening to fire the auditor who blew the whistle on his treachery).

For our exclusive report on all that, click here.

Wooten is also the guy who was busted trying to hide the results of a recent taxpayer-subsidized study on Interstate 73.

Why all this secrecy with your money?

Easy: These leaders don’t want you to know that while your roads and bridges (including critical interstate thoroughfares) are indeed crumbling, they are blowing billions on totally unnecessary projects.

We’re glad Peeler has spoken out in support of funding critical needs prior to Interstate 73.  But he needs to go further.  Much further.  He needs to support the efforts of S.C. Senator Tom Davis of Beaufort, S.C., who has made holding the SCDOT accountable for its reckless spending his top priority in the State Senate.

In fact Davis single-handedly blocked the passage of a gas tax hike earlier this year that would have further burdened Palmetto State motorists already paying more of their income on fuel than residents of any state save Mississippi or West Virginia.