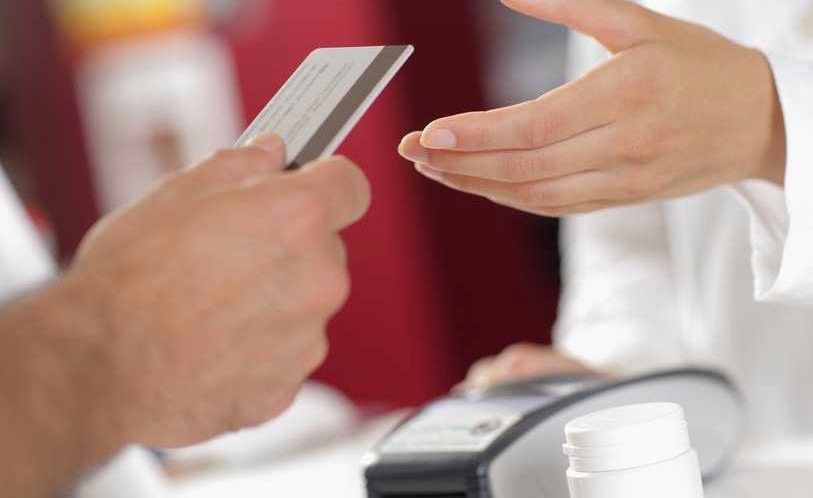 After enjoying an appreciable climb over the last few weeks, consumer comfort in America is now firmly on the downswing … a terrible omen as the U.S. economy is just weeks away from a critical holiday shopping season.

Bloomberg’s Consumer Comfort Index (CCI) – which measures consumer comfort on a scale of zero to 100 – currently stands at 41.1.  That’s a 4.1-point drop from its mid-October peak, and a 6.8-point drop from its post-recession peak in April of this year.

The trend lines look terrible, too … 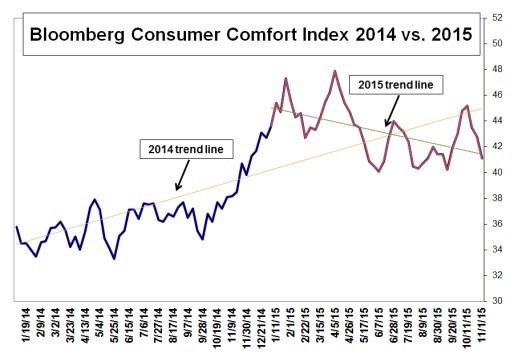 “It’s been a decidedly up-and-down year for consumer sentiment, marking the difficult-to-define condition of the economy overall,” noted the number crunchers at Langer Research Associates, which compiles the data (.pdf here).

Putting additional fear in the hearts of retailers?  The CCI’s buying climate subindex, which dipped to its lowest level since mid-September.

Compiled weekly since December 1985, the CCI is based on 1,000 national random-sample landline and cellular telephone interviews, 250 per week (in a four-week rolling average).  Its record high of 69 was reached on January 16, 2000.  Its record low of 23 has been reached on four separate occasions – most recently June 21, 2009.