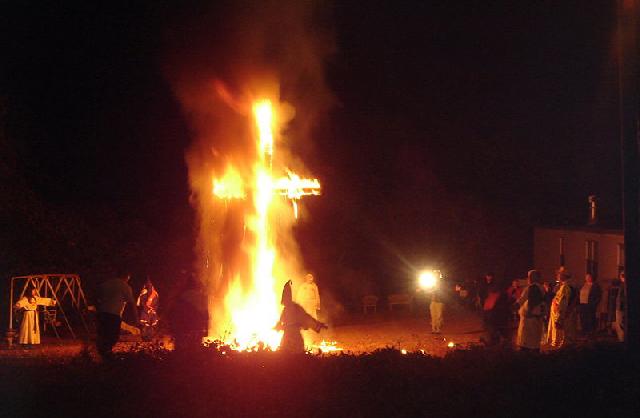 The anti-establishment online collective Anonymous (God bless them) is planning to release the names of prominent American elected officials and political activists with alleged ties to the Ku Klux Klan.

“Men in hoods; meet the men in masks,” a message posted to one of the sites used by the hackers reads.

That’s a reference to the Guy Fawkes masks worn by Anonymous supporters.

The names of several prominent elected officials with alleged ties to the white supremacist organization have already been leaked (here and here) – although the hackers have said they will only vouch for names they unveil on November 4-5.

In fact, the organization said it “was in no way involved with (Monday’s) release of information that incorrectly outed several politicians.”

One of the politicians “incorrectly outed?”  Fiscally liberal U.S. Rep. Joe Wilson of South Carolina – whose office did not immediately respond to our request for comment regarding the allegation.  Obviously we have zero use for Wilson (given his total lack of respect for taxpayers), but we’re not going to indiscriminately fit him for a white hood … nor are we going to do that to the four U.S. Senators (including Thom Tillis of North Carolina) whose names were also mentioned in the early leaks.

Tillis and Wilson are worthless establishment “Republicans” to be sure … but as far as we know they aren’t racists.

Membership in the KKK has been surging in the south in the aftermath of the contentious debate over the Confederate flag.

Rick Manning: The DNA Of America