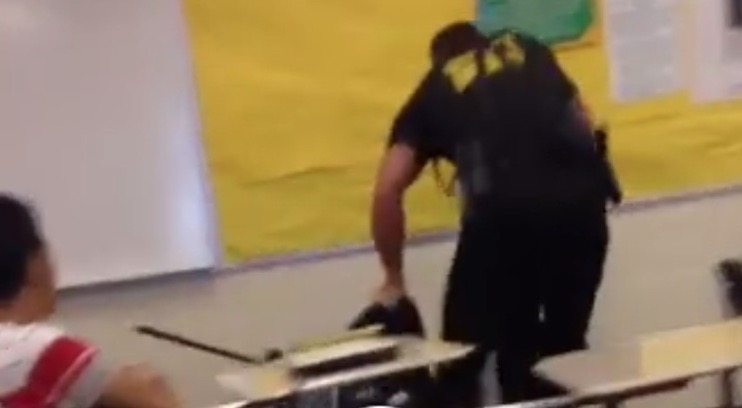 The Richland County (S.C.) Sheriff’s Department has a serious issue on its hands … 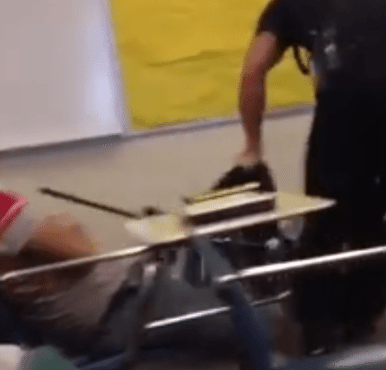 “The student was told she was under arrest for disturbing (the) school and given instructions which she again refused,” Richland County sheriff Leon Lott told local television station WIS TV 10 (NBC – Columbia, S.C.). “The video then shows the student resisting and being arrested by the (officer).”

WIS referred to the incident as depicting a “confrontation” between the student and the policeman.

Um … our guess is Lott and WIS are both going to have to come up with something a lot better than that.  Fast.

Initial unconfirmed reports suggest the officer was dispatched to the class owing to a dispute involving a cell phone.

“She had a cell phone and refused to give it up,” one source familiar with the situation told us. “That’s what it was over.”

News Flash: A Road In South Carolina Is Being Repaired!