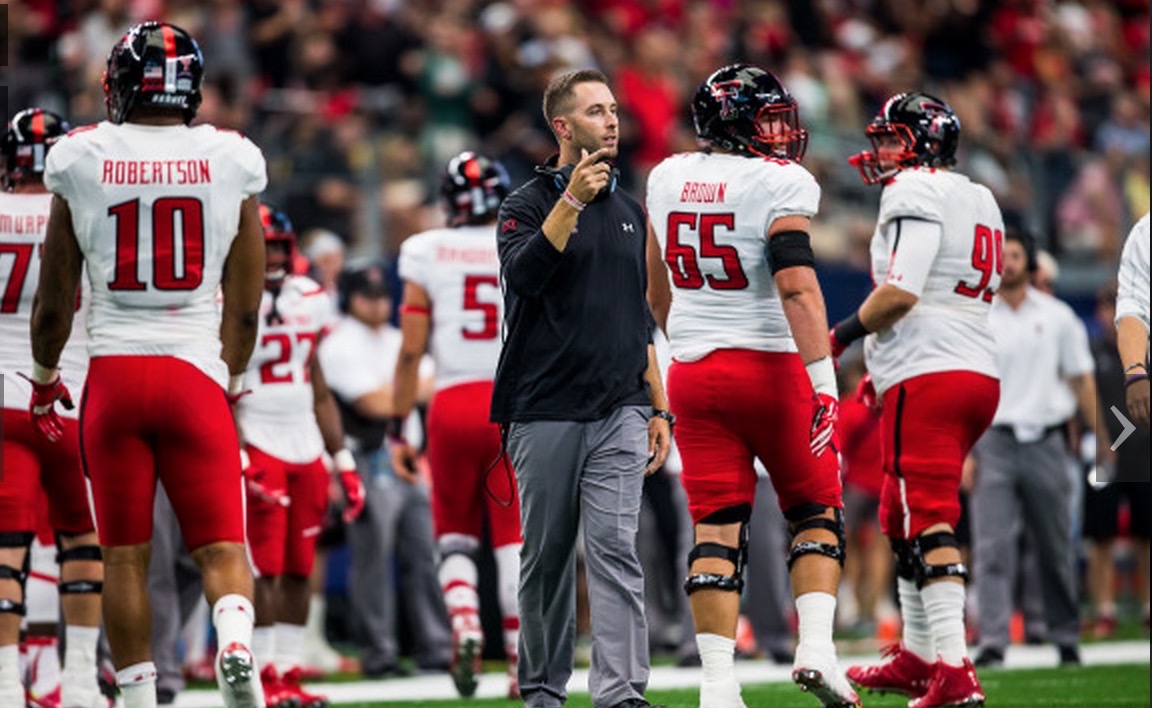 After opting for big names with extensive experience the last two times around, the University of South Carolina could turn to a talented young coach to fill its vacancy for the 2016 season.

In fact one name several Gamecock boosters tell us they want on the short list is that of Kliff Kingsbury, currently in his third season as head coach of the Texas Tech Red Raiders.

Kingsbury has posted a less-than-impressive 16-15 mark in his young head coaching career, but the 36-year-old scored a big upset win on the road against Arkansas earlier this year – and nearly knocked off No. 3 Texas Christian.

Prior to taking the Texas Tech job, Kingsbury was offensive coordinator and quarterbacks coach at Texas A&M during the Heisman Trophy campaign of Johnny Manziel.  Kingsbury’s offense led the SEC in rushing yards, passing yards, total yards and scoring – and was the only NCAA team to rank in the Top 15 in all four of those categories.

Couple his offensive genius with a top-of-the-line defensive coordinator (won’t Charlie Strong be looking for a job?) and South Carolina could have quite the potent combination.

Obviously it’s early … Gamecock head coach Steve Spurrier‘s resignation just happened, and it obviously wasn’t something most people saw coming.  In other words, expect to see a lot of names floated for the South Carolina job over the next few days.