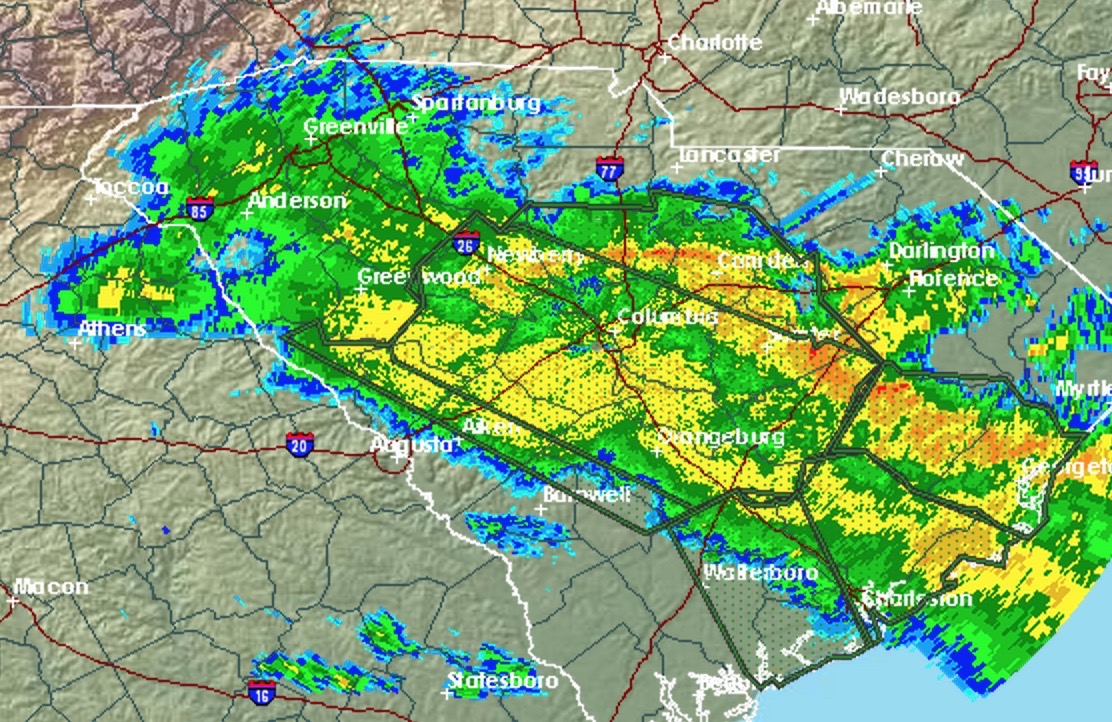 South Carolina may have been spared the wrath of Hurricane Joaquin, but the storm’s interaction with existing weather systems has created a deluge of unprecedented proportions across the Palmetto State.

Persistent offshore winds have dumped record precipitation on South Carolina – creating a churning column of wetness from the Lowcountry to the Upstate.

For the latest local radar, click the image below … 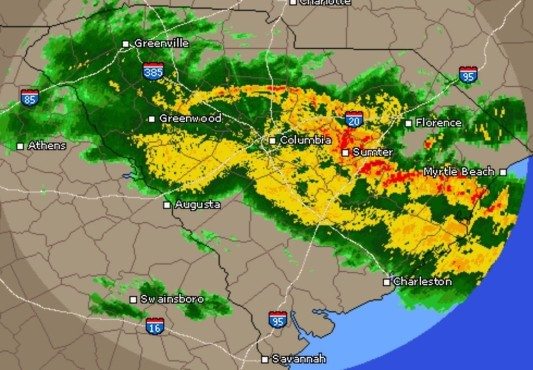 This record rainfall has created “major and catastrophic flooding,” according to the U.S. National Weather Service –  and flood emergencies in multiple counties.

Charleston, S.C. received a daily record 11.5 inches of rain on Saturday alone – the equivalent of nearly a quarter of its annual rainfall.

Meanwhile one location in northeast Columbia, S.C. got 11 inches of rainfall in less than six hours.

And the wet stuff is still coming down …

The S.C. Emergency Management Division (SCEMD) urged Palmetto State residents “to remain where you are if you are safely able to do so.”

“If you are safe and dry where you are, stay put,” the agency tweeted.

Churches all across the state canceled services on Sunday morning as numerous roads – including sections of Interstate highways – were rendered un-passable by rising waters.

A thirty-two mile stretch of Interstate 95 in Clarendon County was shut down by authorities due to flooding, while sections of Interstate 77 around Columbia, S.C. were also closed.

We won’t know final rainfall totals until the system clears out sometime Monday or Tuesday, but the amounts are going to eye-opening.  Boone Hall Plantation, for example, recorded a whopping 24.3 inches as of 4:30 a.m. EDT Sunday.