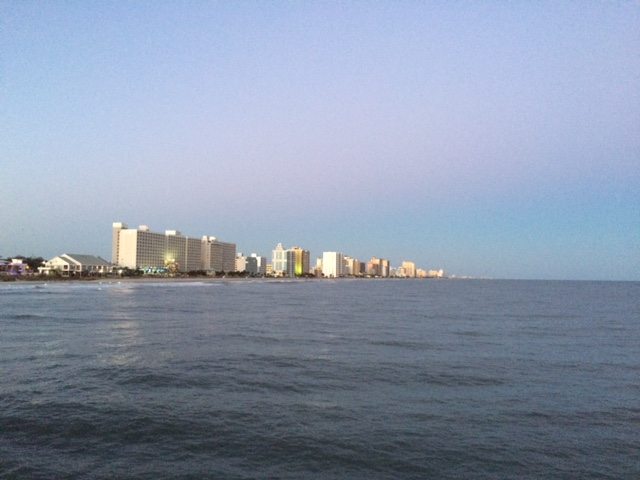 || By FITSNEWS || We wrote earlier this year on the flood of Chinese investment in tourism assets along the coast of South Carolina.  Our view?  These purchases (of hundreds of millions of dollars worth of hotels, golf courses, etc.) are fine.

“Private investment is the lifeblood of any economy, and we don’t especially care where it comes from as long as it’s green (and as long as taxpayer funding isn’t used as an inducement),” we wrote.  “All we ask?  That the Chinese – and other coastal businesses – pay their own freight for tourism marketing.”

Indeed.  As long as tax money isn’t being used as a bribe for investment – or as a sustained source of revenue for the investors – we really don’t care who buys what.

Anyway … there’s quite the tit-for-tat over the issue in this month’s editions of The (Myrtle Beach, S.C.) Sun News, the paper of record for this particular issue.

According to Wilkes, the problem isn’t just the focus on foreign investment – it’s the anti-competitive business climate leaders like Rhodes are creating for homegrown companies.

“Businesses are reluctant to open their doors within the city limits,” she wrote.  “They fear the bizarre zoning laws, the oppressive signing ordinances, the climbing licensing fees, and the restrictive parking policies.  All of these rules add up to a suffocating environment for businesses, and that’s why Highway 17 is littered with empty storefronts and dilapidated buildings.”

Wait … it’s not a “great day in South Carolina” along the coast?

No … and according to Wilkes, crony capitalism is to blame.

“This smacks of the worst kind of betrayal: politicians swiping your tax money, passing laws that thwart commerce, and then taking that tax money to promote commerce for rich people in other countries,” Wilkes added.  “I’ve had it with the ‘incentives’ – the tax breaks, the zoning favors, the courting of foreign entities. Locals are eager to invest in and improve upon this area, but our own officials are crowding them out in favor of overseas interests.”

Specifically, the column claimed that Myrtle Beach “actively supports and recruits businesses locally,” listing a number of taxpayer-subsidized partnerships (including a program with Horry-Georgetown Technical College and a $2.5 million infrastructure investment at the International Technology and Aerospace Park).

So the city’s answer to Wilkes’ criticism is that it doesn’t just waste tax dollars chasing foreign investment, it wastes them on homegrown market manipulation as well.

Again … we don’t care where the crony capitalist proceeds are going, we just want them to stop.  It is not the job of government at any level to create jobs or “develop” (a.k.a. “stimulate”) the economy.  In fact the more government tries to do these things, the harder things are for the individual consumers who support real job creation and economic growth within the private sector.