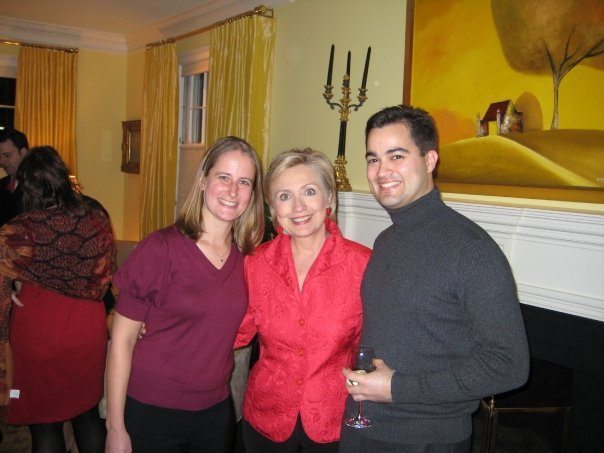 ALSO REFUSES TO TURN OVER DOCUMENTS …

|| By FITSNEWS || We’re all for people “pleading the fifth” – a.k.a. exercising their right under the Fifth Amendment to the U.S. Constitution not to incriminate themselves when called upon to provide testimony.  It’s a foundational liberty – and should remain one.

But pleading the fifth doesn’t look good … in fact it looks almost as bad as somebody giving a deposition and saying something like “it depends on what the meaning of the word ‘is’ is.”

Anyway, according to Politico a gentleman by the name of Bryan Pagliano (above, turtleneck) plans on pleading the fifth when he’s questioned about his connection to the Hillary Clinton email scandal.

And what is his connection?  According to the Politico report he was the “go-to technology fixer for Clinton’s home-made server.”

You know … this server.

Pagliano – a former government employee – was supposed to testify in private (how convenient for Clinton) before the U.S. House committee led by Trey Gowdy.  He was also supposed to turn over documents related to the scandal to Gowdy’s committee.

Now he’s doing neither … referring to an ongoing U.S. Department of Justice (USDOJ) “investigation” into the scandal.

During her tenure as U.S. Secretary of State from 2009-13, Clinton was required by law to keep a record of the business she conducted (you know, business like this.  And, um, this).  Did she?  No.  Instead she maintained an “off the books” email server – the contents of which she later deleted.

An estimated 31,000 work-related Clinton emails have been identified and preserved by the U.S. State Department, while another 30,000 emails deemed by Clinton to be “private and personal” were deleted from her secret server.

Can they be recovered?  And if so, what would they reveal?

From the looks of it, Clinton doesn’t want anyone to find out …