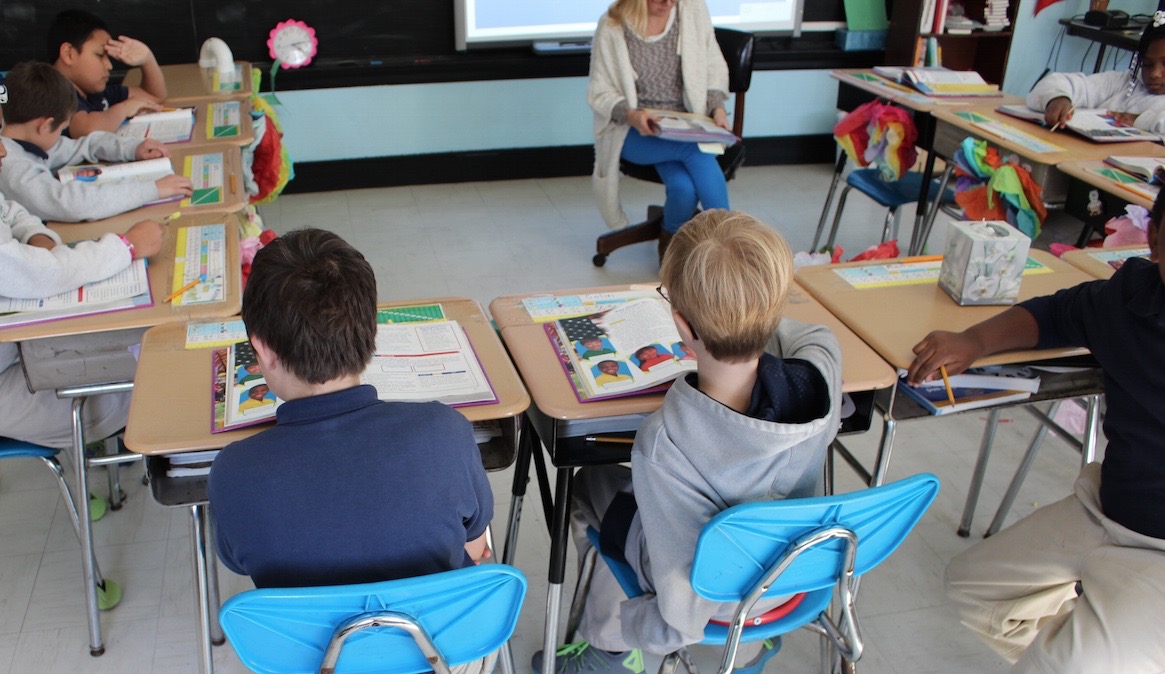 || By FITSNEWS || The (Charleston, S.C.) Post and Courier – a newspaper with a reputation for coddling establishment politicians and powerful corporations (at the expense of taxpayers) – has launched a new series on school choice this week entitled “Left Behind.”

We’re not bashing the report … although we did feel it was important to provide some context for its findings.

This extremely well-researched, deftly written, in-depth profile series aims to uncover “the unintended consequences of school choice,” telling the stories of children who have been “stuck in gutted schools,” who are “tethered to a world of dwindling dreams.”

The stories are sad. Frightening.  Disheartening.

“Once a powerhouse Class AAAA school, North Charleston High can barely field sports teams anymore,” the report, written by Pulitzer Prize winner Jennifer Berry Hawes noted. “Half of its classrooms sit empty. Saddled with a reputation for fights, drugs, gangs and students who can’t learn, middle-class families no longer give it a chance.”

“This is the unintended consequence of school choice,” the report added.

We have a simple question to ask here: When the hell did South Carolina pass school choice?

Last time we checked (earlier this summer), the only real “school choice” in the Palmetto State was an $8 million-a-year temporary pilot program – one in which enrollment is strictly limited to special needs students on a first-come, first-serve basis (this program was upgraded to $12 million in the upcoming FY 2015-16 budget).

By contrast, government-run schools – like the ones profiled in Hawes’ Post and Courier report – receive $8.6 billion annually (up from $7.5 billion five years ago). Oh, and that $8.6 billion doesn’t include capital expenditures … or the $1 billion government schools are currently sitting on in “reserve” funds.

The Post and Courier, therefore, must be referring to so-called “public school choice” – which this website has long maintained is not really choice at all (because the money remains in the government system).

Still, the paper doesn’t necessarily clarify that point. It merely states that “school choice” has caused North Charleston High School and other government-run schools to “wither,” while giving “thousands of other local students critical academic legs up.”

We reached out to Hawes – the author of the series – in an attempt to clarify exactly which “choices” she was talking about.

“These are all public schools,” she confirmed.

Hawes made it clear to us her report is not suggesting an end to Charleston’s “public choices” – nor does she have an axe to grind against parents availing themselves of these choices, either.

“I don’t think the parent who chooses to do something else for their child’s education is at fault,”  she said.  “I think the fault is with the school district – which has to figure out what they’re going to do with the other kids.”

“I’m not advocating to throw more money at it, that’s not the answer,” she added.

Again … no argument here.  In fact the uber-liberal South Carolina Supreme Court reached the same conclusion last year when it ruled that the Palmetto State was not fulfilling its constitutional duty to provide a “minimally adequate” education in poor, rural school districts.

That ruling stated – explicitly – what we’ve been saying for years.

How did state lawmakers respond to that ruling?  They did nothing … except throw more money at the problem.

Hawes’ report is a compelling reminder of the root problem affecting education in South Carolina: The total lack of market pressure to bear on the government-run monopoly.

Don’t believe these market forces make a difference?  Educate yourselves …

All of us want the same thing here: Better educated children who are equipped with the skills and knowledge they need to compete in a world that’s currently giving no quarter.  And which looks to be getting harsher by the day.

We just have to figure out how to get there …

Hawes’ report?  It strikes us as proof positive that “public school choice” is not the answer.