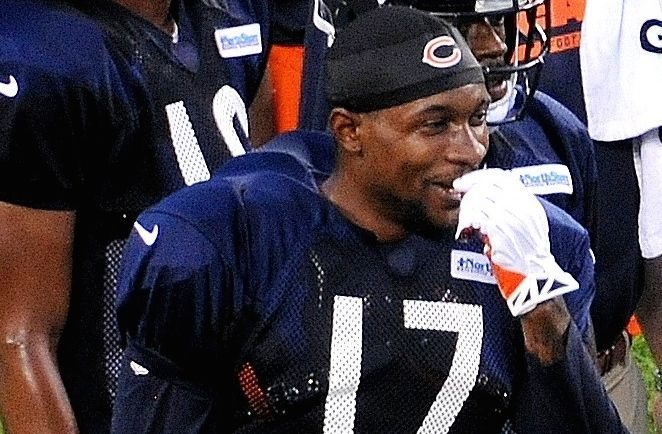 || By FITSNEWS || Given the dire straits in which the University of South Carolina football program currently finds itself, it’s important to remind people that star high school athletes came to Columbia, S.C., won in Columbia, S.C. and have gone on to great careers at the next level.

A shining example?  Chicago Bears wide receiver Alshon Jeffery, who is getting some serious love heading into the 2015 NFL season.  Jeffery is the No. 1 wide receiver in Chicago after posting back-to-back 1,000 yard seasons for the Bears – who are looking to rebound from a disastrous 2014 season under new head coach John Fox.

“Jeffery has all the tools to be a top-tier receiver in the NFL,” the website 24/7 Sports declared.  “He possesses massive hands and a long 6-foot-4 frame. His speed, athleticism and jumping ability give him the advantage in almost every jump ball situation and a threat in the open field.”

He’s also reportedly been working overtime in the offseason in an effort to earn himself a long-term contract (Jeffrey’s current deal with the Bears expires at the end of the coming season).

“Jeffery worked hard in the offseason to prove he is a legitimate No. 1 wide receiver, and convince the Bears he is worthy of a long-term contract,” ESPN reported this week.

In addition to his 2,921 NFL receiving yards since 2012, the St. Matthews, S.C. native caught 183 passes for a school-record 3,042 yards and 23 touchdowns during his three-year career as a Gamecock.

The highlight of his collegiate career?  Arguably the “Hail Alshon,” a miraculous leaping grab during the 2012 Capital One Bowl in which he out-elevated the Nebraska Cornhusker secondary and then evaded defensive back Alfonzo Dennard as he fully extended to the goal line.

Jeffery came to South Carolina after originally committing to the University of Southern California.  At the time, then-Tennessee coach Lane Kiffin told him he would wind up “pumping gas” if he came to play for the Gamecocks.