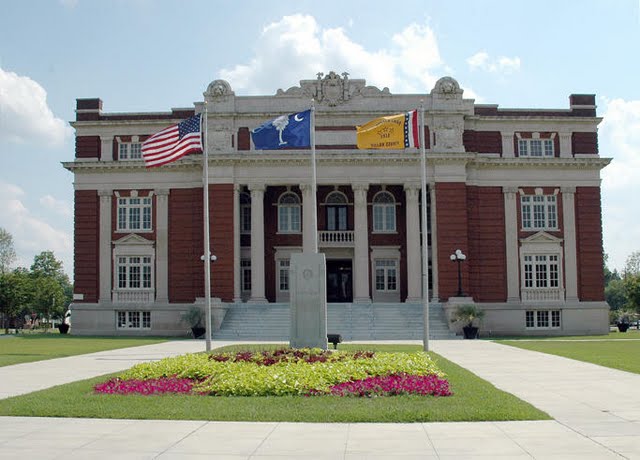 || By FITSNEWS ||  There’s an interesting post up on the website Road Snacks (um, yes … you read that right: Road Snacks) purporting to use “science and data” to determine the ten worst places to live in the Palmetto State.

Of course in the very next breath the author claims “this article is an opinion based on facts and is meant as infotainment. Don’t freak out.”

Those metrics then get plugged in to produce a final score.  The lower the number, the worse the town.

Couple thoughts on the validity of this report …

First, we’d take issue with this website’s contention that population density is somehow a good thing.  We’d argue that’s not necessarily true.  Also, basing an academic ranking exclusively on the amount of government revenue flowing to a certain area is problematic.  Finally, the unemployment rate has become effectively meaningless these days in assessing the health of a workforce – as labor participation data is a far more reliable indicator.

But the real problem (as we’ve repeatedly argued) is that no matter where one lives in South Carolina, they are far less likely to have a job and far less likely to make a decent income than their peers in the rest of the country.

It’s been that way for decades … and it will continue to be that way until the Palmetto State’s leaders figure out a radical reversal of their current governing philosophy (a.k.a. “Mo Problems, Mo Money”) is needed.

But hey … “it’s a great day in South Carolina,” right?

I was born about 15 minutes from Dillon. Thank God my folks brought me back to my ancestral stomping grounds of Horry, to live in Myrtle Beach. Which is … um … well … never mind.

“as labor participation data is a far more reliable indicator.” Actually it is not. Labor participation rates were much lower than today in the 1950s, 1960s and most of the 1970s, with little or no negative impact to the economy, household formation and GDP growth. Please Wil – stop perpetuating the myth.

Come on Rocky, this is Will Folks you are talking to. Perpetuating myths is his stock and trade. He was the top student at the Goebbels’ school of “journalism”.

“with little or no negative impact to the economy”

OK Einstein – what were the impacts then?

I can vouch for Chester. It’s a shitty place to drink and drive.

We needed a study to tell us this?

This is not unique to S.C. Small towns are full of stupid, ugly, boring people because anyone with any intelligence, looks, or sense gets the hell out after high school, leaving only stupid, ugly dullards in the local gene pool. If you think S.C. is bad, visit some small towns in Kansas, Nebraska or Indiana. At least the food in the South is better!

This is idiotic. Population density doesn’t mean a town is good or bad, yet its one of 6 criteria in the ranking. According to the author of the report, having a lot of land around you is just as bad as living next to El Chappo.

“Population density doesn’t mean a town is good or bad..”
You are right about that, While in the service and in private industry, I have lived in the following places for over six months to nineteen years: San Francisco, Denver, Charleston,, Norfolk, Fort Lauderdale, Atlanta, Columbia, and then a place bigger than any of those…the rural countryside.
Life is what you made of it, you can make it easy and you can also make it hard. Early in my life, I appreciated the amenities and pace of the bigger cities, now appreciate the calmness and serenity of a semi-rural life.
I have to go now, it is nap time.

Are you not entertained?

South Carolina is the tenth fastest growing state, yet 22 of our 46 counties (all rural) are declining in population.

Check out the US house dists. over the last forty years. Even adding the seventh dist. the more industrialized dist’s are getting smaller geographily while the sixth is growing in size. The second dist is a prime example.

Meh, Lancaster wouldn’t be so bad if you took the low IQ, pill popping, dope smoking,cousin impregnating, non-working white trash and the stupid, murderous, thieving, kill each other, drug dealing, many baby mama hood rats out of the picture. Actually, I would just about have the town to myself..

Surprised no one is discussing Sen. Martin’s home was broken into:

“Pickens County deputies are investigating a burglary at the home of SC Sen. Larry Martin, the senator said Friday morning.”

I kinda like rural SC myself. The more rural the better.

Me too! I live in a rural area, but 15-20 minutes from cities on either side.

I’m way out in Rural SC and I like it.

I live in a Rural area, but close enough to cities. We have roughly 40 acres +/- and my daughter had a friend spend the night recently. She lives in the city. She looked around – no houses except our barn and you could see the wheel turning as she asked, “Do you own the entire neighborhood?” LOL

I’m not far from two cities, one small and one major, but not close enough to claim either. I’m also between two small towns at almost the mid-point between them. I’m tucked back near the county line and bordered on three side by 500+ acres of pasture land that’s been in the same family for over 200 years. It’s quiet down here save for my beagles and my occasional trip down to the firing range.

500+ acres, I don’t know how you find the time to post on this site. I kid you not, between taking care of house, land and more importantly a young one, my “free” time is spent here. How the heck do you keep up with 500+ acres?

Hmmm, that sounds exactly like Will Folk’s new compound …..

RogueElephant, We need to thank The State Ethics Commission for coming alive last week in Columbia and determining that Curtis Loftis, State treasurer, has violated state law by using his official office to obtain economic interest for “an individual with whom he is associated.” Million of dollars have gone in the pockets of Michael H. Montgomery. Loftis cannot be trusted… Violent temper, lies, no moral and intellectual abilities. Racist to the core. He is filling his pockets with the tax payers money… Sled needs to investigate this .. Life will be better in this State!

Bring in the FBI.. We need to follow the money here. Loftis has made millions in the last few years… He drives an expensive car, has a home in Folly Beach with a delinquent tax bill of $14,274.14 ! The home is rented but the income is not reported…Great example provided by The state treasurer, Curtis Loftis…

Indeed.. 353 Shadow race lane, City of Folly Beach. Loftis did not pay the taxes…but he uses the tax payers and their money. What a corrupted man!

Doesn’t it seem odd that the only person in SC standing up against the NY bankers that are robbing our retirement fund of millions is such a scoundrel ? Don’t count your chickens before they hatch.

York and Lancaster are on the list because of the inevitable migration of thugs, thieves and punks from Charlotte….

I hear in Swansea you don’t have to pay for the water.

Parker? I know there was once a high school in Greenville named that. But a town? somebody help me out.

Essential to any community’s quality of life is a civil, well-informed electorate. I can certify that six and twenty are on this list certainly in large part due to their lack of ANY effective press. The key element of “well-informed” is missing completely. Sad, really.

Gutter-sucking Will always gets a thrill out of trashing SC,
Confederate patriots and the Confederate flag

And as usual the punk hypocrite left out the ah minority
problem—whups—couldn’t use that un-PC tag !!!