|| By FITSNEWS || A woman in Augusta, Georgia has been charged with battery after assaulting her live-in boyfriend – and her 66-year-old mother.

What prompted the assault?  The boyfriend apparently refused to engage in sexual intercourse with her earlier in the day.

Tabathia Lee Grooms, 35, scratched her boyfriend’s face, head and neck during the attack – and bit him on the arm.  She also punched her mother in the face during the altercation – which occurred at around 11:30 p.m. EDT on June 24.

According to an incident report, Grooms told her boyfriend – 30-year-old Carlos Rodrecus Grace – that she “f*cked everyone else because he would not f*ck her.”

Ummm … can we really blame him? 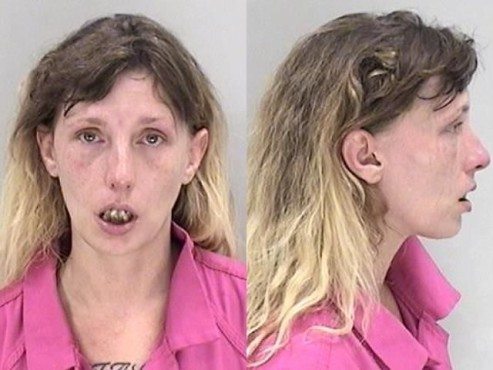 (Sarcasm alert) Comely among the maidens, isn’t she?

Also, this is neither here nor there, but stay away from crystal methamphetamine.  This website will always support your right to do it (and other drugs) but seriously … bad things happen.