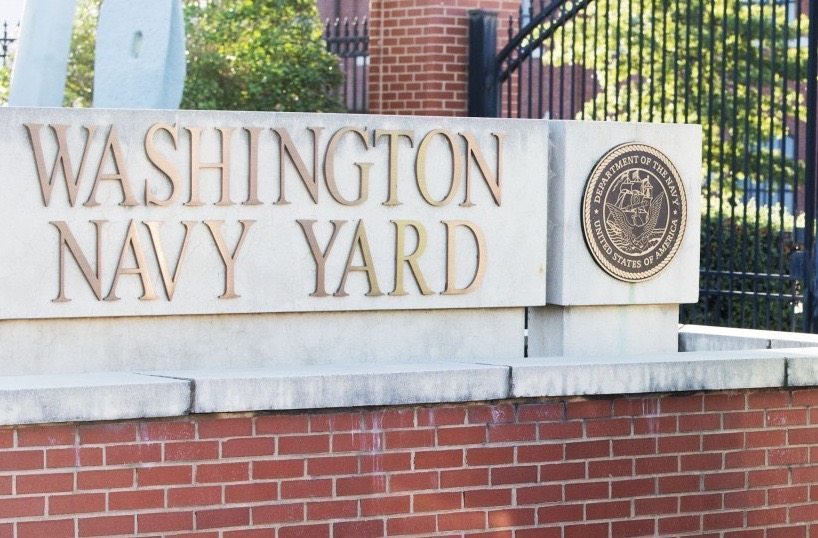 Police swarmed the facility after receiving reports of gunfire from security guards at the facility at around 7:30 a.m. EDT.  Initial reports indicate the shooting took place in Building 197 of the facility – the site of the 2013 tragedy.  Multiple television stations in Washington, D.C. reported that police were looking for two shooters – a white male and a black male – although that information was not immediately confirmed by authorities.

After a preliminary search of the facility. no shooters were immediately found inside Building 197.  The search has since moved to other buildings on the Navy Yard grounds.

A call was placed from a building inside of the Washington Navy yard for possible sounds of gun shots around 0729 AM – a subsequent request was made to partner law enforcement agencies for assistance. At this time we have completed our search of the building and have found no evidence of a shooting or injured personnel. The scene has been turned back over to Vice Admiral Hilarides of the NavSea Command.

According to the U.S. Navy, the facility – which employs more than 3,000 people – was placed on lockdown and its employees were told to seek shelter.  In fact broad swaths of downtown Washington, D.C. were cordoned off in response to the shooting.

Located a half-mile from the U.S. Capitol, the facility is America’s oldest naval institution.  Sadly, it’s also no stranger to home-grown violence.

In September of 2013, Aaron Alexis shot and killed twelve people (and wounded many more) inside Building 197  before being fatally shot by police.=