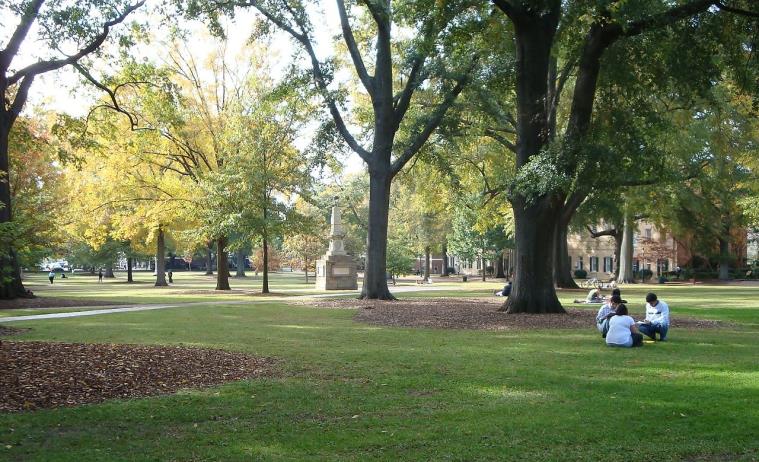 || By FITSNEWS ||  The former director of a University of South Carolina “economic development” center has signed a plea deal with federal prosecutors after she was busted scamming grant money from the federal government.

Gail Shurling – former director of the USC Center for Manufacturing and Technology (CMAT) – “used her position at the University of South Carolina to enrich herself, friends and family members,” according to the U.S. attorney’s office.

Specifically, Shurling “created fraudulent in-kind letters from companies owned by friends and family members, which documented work that was not performed” in an effort to capture funding for her center.

How much fraud are we talking about?  According to the government, Shurling “submitted and caused to be submitted approximately $336,000 of documentation for work and services that were not completed.”

The money was routed to CMAT from the S.C. Manufacturing Extension Partnership (SCMEP) – an organization which has received millions of tax dollars from the U.S. Department of Commerce in the name of providing “manufacturing support.”

In 2009, federal auditors blew the whistle on the scam – urging the government to recoup $1.1 million in funds send to SCMEP (while challenging another $2.3 million in expenditures).  The money was routed from SCMEP to the University of South Carolina, Clemson University, Greenville Technical College and the South Carolina Export Consortium – part of the liberal S.C. Chamber of Commerce.

Ironically, Shurling complained to McClathy reporter James Rosen in 2009 about being forced to use a new accounting system to handle the SCMEP money her center received.

“We’ve had to completely change the accounting system that’s used on 1,600 other federal grants,” Shurling told Rosen. “We just thought it was the most bizarre thing in the world.”

Sheesh … what does that say about USC’s accounting system?

Once again, we reject any taxpayer funding being routed to higher ed – especially this sort of “economic development” nonsense.

“Manufacturing support” – or support for any other industry – is simply not a core function of government.

To view the documents related to this case, click on the links below …

“At USC, our leadership knows no bounds”

I guess the ads are correct.

The land of higher education and lower morals.

“used her position at the University of South Carolina to enrich herself, friends and family members,”

So she was doing what every politician is doing and most working for government would do if given the opportunity?

Anyway, back in the early 2000’s when I was getting hammered by rising health insurance costs(and much more naive) I called in SCMEP in to see if they could deliver on some flyer they had sent out saying they could help companies save money on health insurance.

Not only was my time with them a huge waste of time, I was really upset that taxpayer money was going to support an organization that clearly was inept and disingenuous(remember, I was naive).

I fired off an email to Sanford. Of course, he never responded but had his lackey at the time call me (Chad Walldorf).

The conversation was the strangest one I’ve ever had, he basically proceeded to tell me that the SCMEP was a boondoogle and that Sanford had no ability to get rid of it.

LMAO! So basically, he called to waste my time. He could have told me that in an email. In retrospect, I think he might have been sniffing around for a campaign contribution, which is ironic.

You have to know what a scam it is when grads are at an all time high in the country and yet our brain trust is at a low. Higher Ed has morphed into a rip off and power theft scheme. Our children are being cheated, again.

More fraud,theft,and non paying of taxes in government than anywhere else. I do not realize why Americans think they can depend on their government when it operates like this.

Lack of oversight, monitoring, combined with laziness by the higher ups, and then combine that with light punishments for those caught. Harsh punishments might send a message to others.

Why is no one looking at Pastides?

Tip of the ice burg …. How is Kenny Bingham these days?

Why is the University President Harry Pastides’ name not mentioned here? Shouldn’t he be held accountable for subordinates stealing money?

Because ‘dirty Harry’ is – for the moment – protected. After John Parks, the Innovista champion- had to resign Harry found athletics a much more fertile ground for his scheming and ego. Guys awake tonight : Joel Stevenson, Scott Little and Ed Walton. All the others are gone and the tracks have been covered. Only a complete audit of Pastides reign at USC will uncover the real schemes and this is a minor one when Harry was just learning.

How did she get this job?
How long did she have it?
Who was supposed to be supervising her?
How long did the scam go on before the audit found it?
Who are the friends and family members who conspired with her and are they facing criminal charges?
Why did it take from 2009 to 2015 to get to a plea deal?

This is no surprise. . . .buried in USC’s budget is yet another colossal boondoggle called the Small Business Development Center, a do-nothing cesspool that is supposed to help small businesses, but just like the so-called SCMEP, is “run” by people who don’t have a clue about business and have never run a business!! How is the statewide director and the managers of SBDC supposed to help businesses when they are just bureaucrats who have never run businesses??! Same for SCMEP folks who also have no clue and are the absolute worst at knowing what businesses need. SCMEP does nothing that a whole host of other private “economic development” advisory groups do much better Put the words “economic development” on something in the state budget and it seems to be a cash magnet. As for USC, what the hell does Bill Kirkland, USC’s so called “economic development” VP do? Why is USC involved with “economic development” anyway? They need to be teaching kids!
About SBDC–the state SBDC “director” has an office at USC business school and Pastides probably doesn’t even know it. SBDC is a do-nothing bureaucracy that at the least should be investigated for ordering its people (state employees) to lobby for its state funding (illegal) at budget time, and audited for all the trips SBDC has at the Westin in downtown Greenville, in Myrtle Beach, Hilton Head/Edisto, etc. at taxpayer expense. After one such “meeting” in Greenville an email was sent out by an SBDC contractor questioning the waste of time and taxpayer money for a meeting with no apparent benefit and the guy was FIRED shortly thereafter. SBDC gets away with no oversight because, cleverly, its managers “report” to business school deans at Winthrop, Clemson, SC State so why should Pastides or anyone else worry about them? Nobody really knows who SBDC and its director is accountable to!! Why does this waste and mismangement continue? Why isn’t anyone looking at SBDC and other such groups whose operations get buried in huge university or state agency budgets? SBDC isn’t the only one. Any legislator reading this post who wants to do something about WASTE needs to look at SBDC and SCMEP. STOP funding these groups!! Finally, if the Governor doesn’t cut this PORK with her budget veto pen then she’s an accomplice to this waste as well.

So-called economic development at USC was led by then Vice President of research Pastides.