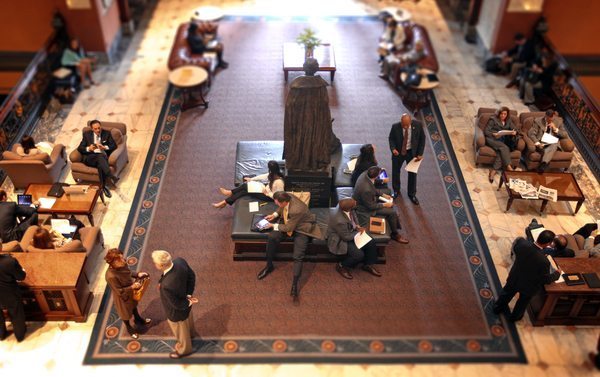 || By FITSNEWS ||  This website has precisely zero use for the so-called S.C. Business and Industry Political Education Committee (SC BIPEC).  How come?  Well, six years ago we busted them shamelessly kowtowing to liberal leaders in the S.C. General Assembly.  Which is obviously a far cry from “promoting and protecting the free, private and competitive enterprise system through research and education” –  which is what the group claims to be doing.

Anyway, SC BIPEC and its leader – consummate insider Tom DeLoach – were back in action this week, subserviently carrying the water on behalf of a so-called “free market” liquor bill (a piece of legislation this website has repeatedly exposed as nothing but a shameless special interest sop).

Obviously insiders shilling for powerful interests is nothing new, but DeLoach is said to have taken his “advocacy” to the extreme this week, with one lawmaker telling FITS he made threats against him – and a female colleague – over the liquor legislation.

“He said he would issue a bad report card on us by cherry picking certain votes and saying those voters were representative of a member’s record,” the lawmaker told FITS. “Then he said he would tell member companies of his association to withhold donations from us – and (hinted) they would even fund our political opponents.”

“Tom made it clear to me that there was a price to pay for not doing what he asked,” another lawmaker told us.

And all this fluff and bluster on behalf of these guys?  Sheesh …

According to our sources, one of the lawmakers reported DeLoach’s threatening comments to the chairman of the subcommittee considering the liquor legislation – and to S.C. House judiciary committee chairman Greg Delleney.

Before long, news of DeLoach’s antics had spread like wildfire on the House floor – with several SC BIPEC donors receiving angry calls from lawmakers.

“It got heated,” one lawmaker told FITS.  “One BIPEC member told me he would be speaking to Tom.  He was angry that Tom had done that.”

As we’ve said repeatedly, we don’t favor liquor regulation of any sort, but we refuse to sit back and watch existing state laws be ignored in such a manner as to artificially raise prices on consumers.  And we oppose any effort to “reform” those laws in ways that will only jack those prices even higher.

Clearly supporters of the legislation have become increasingly frustrated by their inability to move this bill forward – which is why they are now resorting to intimidation tactics.

Those efforts didn’t work, by the way, as lawmakers were insufficiently intimidated by DeLoach and dealt the bill he was aggressively advancing yet another defeat.

More On The Nelson Hardwick Saga