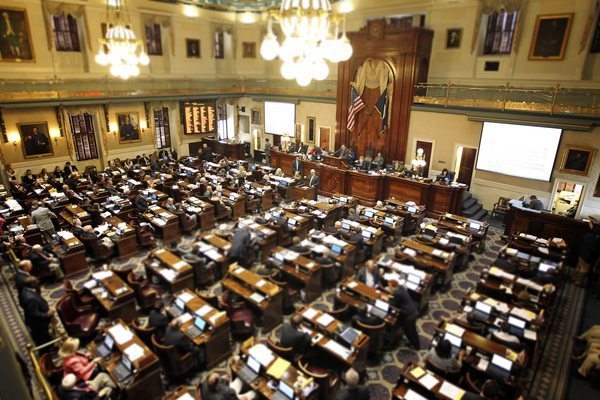 || By FITSNEWS ||  S.C. representative Nelson Hardwick has submitted his resignation to the S.C. House of Representatives, sources close to the liberal “Republican” lawmaker tell FITS.

The reason for Hardwick’s resignation – which will be read across the desk of the House on Wednesday – were not immediately clear, however the consequence of his actions was immediate.

Sources close to the leadership of the S.C. House tell us Hardwick’s resignation was demanded by House Speaker Jay Lucas after reports emerged that the sixth-term lawmaker made unwanted romantic advances toward a female House staffer.

These advances reportedly included unwanted touching and multiple efforts to kiss the woman.

FITS has been provided the name of the staffer who was allegedly the recipient of Hardwick’s overtures, however we are not publishing it out of respect for her privacy.

A ranking House member also indicated Hardwick had been accused of similar unwanted advances toward a female lobbyist.

Hardwick, 63, is married with three children.  He has represented district 106 in Horry County, S.C. since 2005.  He was recently placed on the influential House ways and means committee, which is tasked with preparing the first draft of the state’s annual budget.

A fiscal liberal, Hardwick was one of several lawmakers dogged by the “Coastal Kickback,” a brazen pay-to-play scam in which hundreds of thousands of dollars in campaign cash was funneled through a fabricated network of corporations to select politicians in exchange for their support of a local tax hike.

Neither Hardwick nor his “Republican” colleagues who took the dirty money have ever been held accountable for their actions.

UPDATE II: Hardwick’s resignation letter says he is resigning to “focus on my health.”

“Serving in the South Carolina House has been one of the single greatest highlights of my life. It has been an honor and privilege to represent the people of Horry County for the past 10 years.”

UPDATE IV: Money quote from S.C. State House source regarding Hardwick resigning over alleged inappropriate advances toward women: “If house members had to resign for that we wouldn’t have any left.”