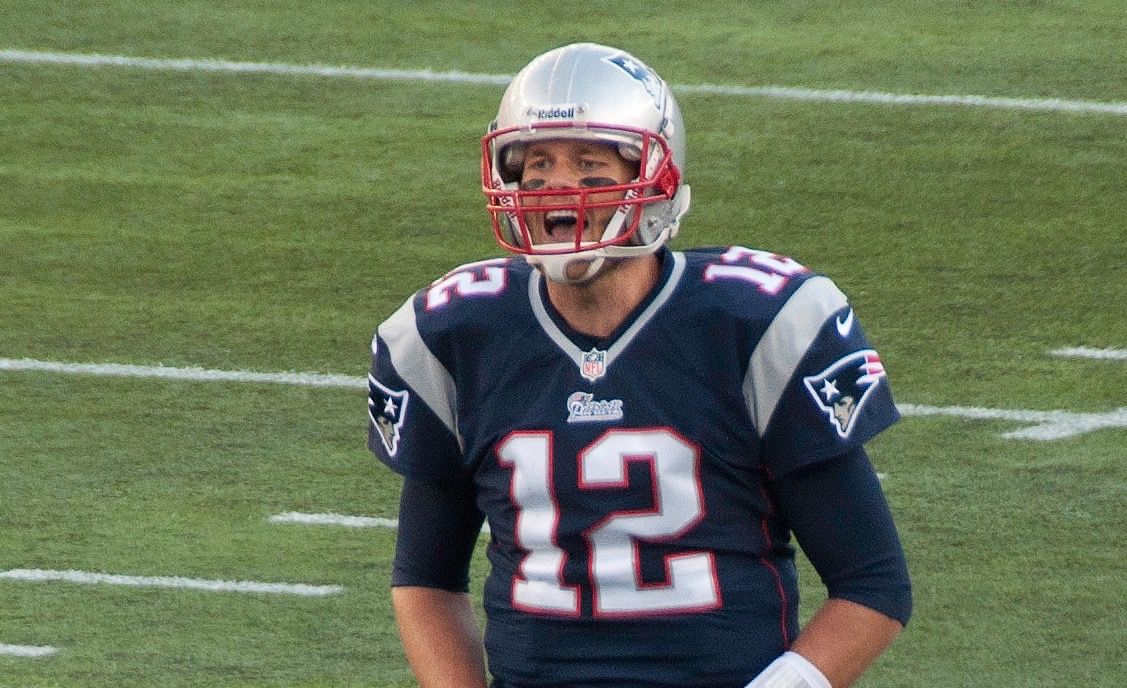 || By FITSNEWS || Days after a report concluded he was “generally aware” of the illegal deflating of footballs used in the AFC championship game, the National Football League has suspended New England Patriots quarterback Tom Brady without pay for the first four games of the 2015 season.

Brady will, of course, appeal the suspension – which was handed down “for conduct detrimental to the integrity of the NFL.”

Two Patriots employees – John Jastremski and James McNally (a.k.a. “the deflator) – were suspended indefinitely by the league for their role in illegally deflating the balls.

In the aftermath of the Patriots’ 45-7 win over the Indianapolis Colts four months ago, eleven of the team’s twelve footballs were determined to have been at least two pounds per square inch below league specifications – which call for all balls to be inflated between 12.5 and 13.5 pounds per square inch (and weigh between 14 and 15 ounces).  The scandal – known as “Deflate-gate” – dominated headlines in the weeks leading up to Super Bowl XLIX, which the Patriots won over the Seattle Seahawks.

“If they are reinstated by the Patriots, Jastremski is prohibited from having any role in the preparation, supervision, or handling of footballs to be used in NFL games during the 2015 season,” the NFL stated in its ruling.  “McNally is barred from serving as a locker room attendant for the game officials, or having any involvement with the preparation, supervision, or handling of footballs or any other equipment on game day.”

What’s the big deal about letting a little air out of the football?  Well, under-inflated balls are easier for players to grip – especially in slick, rainy conditions like those that prevailed at Gillette Stadium during the AFC championship.  They are also easier for wide receivers and running backs to catch.  In fact, Brady has made his preference for under-inflated footballs well known, telling a New England radio station in 2011 “I like the deflated ball.”

Brady claimed he didn’t know the balls used in the AFC championship game were deflated, but the league’s report – prepared by Ted Wells – found Brady’s denials “not plausible and contradicted by other evidence.”

The Patriots bristled at the verdict, with owner Robert Kraft stating the NFL’s punishments “far exceeded any reasonable expectation” and that its ruling “was based completely on circumstantial rather than hard or conclusive evidence.”

As much as we hate to say it (this website’s founding editor is a 29-year fan of the Indianapolis Colts), we’re inclined to agree with Kraft.  These punishments would be entirely appropriate – perhaps even a bit lenient – in the event the league had been provided with ironclad evidence of cheating.  But they weren’t presented with such evidence, they were presented with conclusions based on the standard “more likely than not.”

But were these allegations conclusively proven?  No.

“New England is – year-in, year-out – one of the most talented teams in the league.  And Brady is without question one of the greatest quarterbacks in the history of the league (and hands-down the NFL’s best-ever post-season passer),” we wrote in the immediate aftermath of the scandal. “But the Patriots continue to sully the integrity of the game with their unnecessary and unsportsmanlike efforts to gain an unfair competitive advantage.”

Indeed … in fact the Patriots’ punishment was harsher than it otherwise would have been due to their prior bad behavior.

The NFL said it gave “strong consideration” to these past indiscretions in determining the severity of punishments this go-round.

Brady’s agent was having none of it, accusing the league of participating in a “sting operation” with the Colts.

Worth noting?  Assuming Brady’s suspension is upheld, he would return to New England’s lineup for an October 18 game against the Colts at Lucas Oil Stadium in Indianapolis.