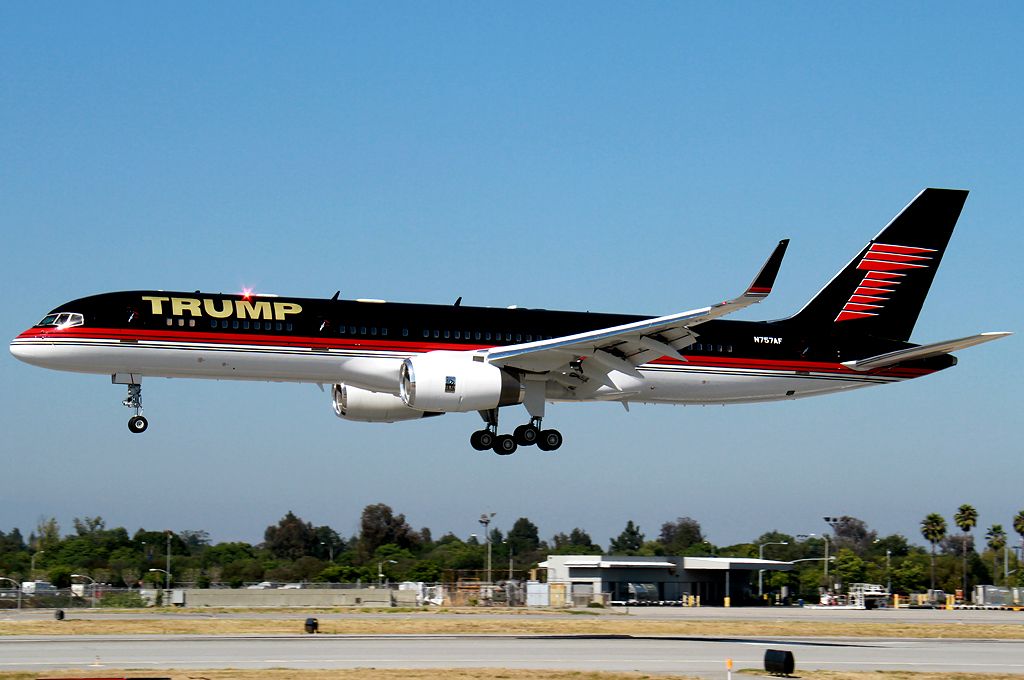 The flamboyant executive – worth an estimated $4 billion – will be staging the mother of all media availabilities upon his arrival in Myrtle Beach, S.C. this week, hosting select members of the media (including this website’s founding editor) aboard his custom Boeing 757 airliner.

Yeah … now we’re swooning.  Trump’s media charm offensive will take place just prior to his keynote address at the 2015 South Carolina Tea Party convention on Monday, January 19. This year’s even has drawn an unusually large crowd, according to Breitbart’s Matthew Boyle.

Of course none of them are planning such a splashy entrance …

Trump purchased his jet from Microsoft co-founder Paul Allen in 2011 for an estimated $100 million – giving the plane an extensive interior makeover and decking its exterior in his signature red, black and gold livery.

“The private jet is now covered in gold, boasts the latest electronic equipment and has the family logo emblazoned on just about every surface,” Business Insider‘s Julie Zeveloff wrote of the plane following its remodeling.

Trump literally “spared no expense” on the upgrade.  Even the plane’s seat belts are plated in 24-carat gold.

“Trump Force One” was also featured in the second season of the Smithsonian Channel’s “Mighty Planes.”

Will Trump’s big South Carolina splash help him land support for a possible presidential bid? That remains to be seen. Now, if he decides to buy a Boeing 787 – manufactured down Highway 17 at the Palmetto State’s North Charleston facility – then we’ll know he’s serious about courting “First in the South” voters.

Of course that would be taking his life in his hands …