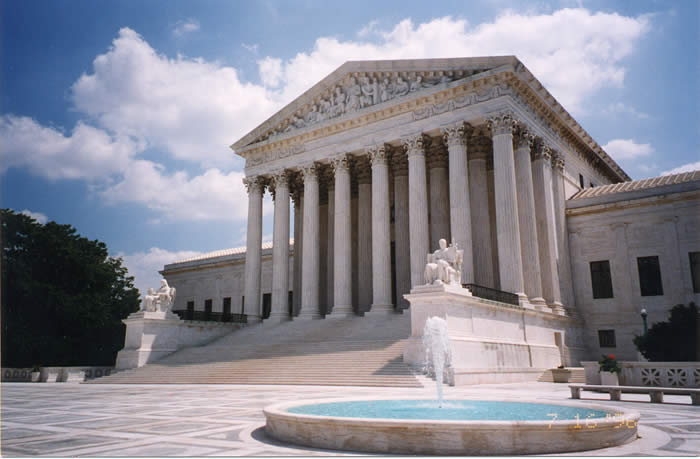 And should … assuming the justices follow the letter of the law.

The case – which began as Halbig v. Sebelius – deals with whether the government can disburse roughly $700 billion in Obamacare subsidies in nearly three dozen states. Obamacare specifically states that its subsidies (and the taxes that pay for them) apply only in the fourteen states that created their own exchanges. The Internal Revenue Service is ignoring that part of the law though, attempting to impose the provision on all fifty states.

Nathan Mehrens of Americans for Limited Government tuned us into this issue when he penned this column last November.

“The legal principles involved in Halbig are simple: If Obamacare is to be taken at its word – then the law’s subsidies and penalties do not apply in two-thirds of the country ,” Mehrens wrote.  “And if that’s the case, then Obamacare is a ‘Dead Law Walking’ – incapable of sustaining itself without hundreds of billions of dollars in deficit spending.”

In announcing the court’s decision, the website SCOTUSBlog noted that if the court follows the letter of the law and limits subsidies, it is “widely understood that that outcome would crash the Affordable Care Act’s carefully balanced economic arrangements.”

Obamacare defenders claim Congress “intended” for the law to apply to everyone – part of the administration’s ongoing efforts to make this law fit with political realities (and Obama’s promises).

Really?  That’s not what one of the law’s architects said …

“If you’re a state and you don’t set up an Exchange, that means your citizens don’t get their tax credits,” Obamacare co-author Jonathan Gruber said in January 2012. “I hope that’s a blatant enough political reality that states will get their act together and realize there are billions of dollars at stake here in setting up these Exchanges, and that they’ll do it.”

It wasn’t … two-thirds of them didn’t.

In a compelling column breaking down the implications of this decision, ALG board member Bill Wilson said the decision was “a fight over the validity of every law passed by the U.S. Congress – ever.”

“Do we live in a nation of laws enacted by our duly elected representatives?  Or do we live in a country in which a handful of elites can do as they please with no regard to those laws — or due process for those affected by them?” Wilson wrote.  “This is the central question the U.S. Supreme Court must answer.”

Absolutely … let’s just hope they answer it the right way.

Ron Paul: What The 2014 Elections Meant