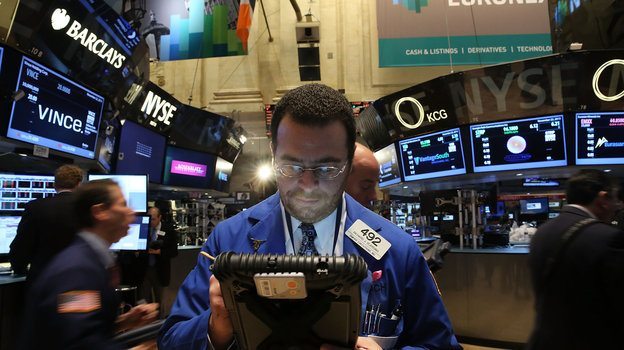 By FITSNEWS  ||  The Dow Jones Industrial Average shed 223 points (or 1.35 percent of its value) on Monday – extending an abysmal run for the U.S. stock market that included a major selloff last Thursday.   Meanwhile the Nasdaq and the S&P 500 also posted losses of 62.6 points (1.46 percent) and 31.4 points (1.65 percent), respectively.

After three straight days of triple digit losses, the Dow is now down 1.5 percent for the year – meaning it could easily wind up finishing 2014 in the red, the first negative year for the markets since 2009.

What’s driving these declines?  Fear – and the inability of the Federal Reserve to do anything about the situation.

A month ago, the metric was at 43 – seven points shy of a “neutral” reading.

“I don’t mean to be alarming, but this is 1987-esque,” pseudonymous market watcher Jesse Livermore tweeted, referring to the October 1987 global stock market crash.

Actually it’s global worries – most notably the declining health of the Eurozone economy – that are driving the current market jitters.